It's been around a couple of hours since we showed you the latest leaked things about the Samsung Galaxy S8 and S8+. We're talking about pictures showing their batteries, of course. And now it's time to move on to the next leak, because the deluge of information, images, and videos in some way related to Samsung's next flagships just won't end.

So, on this installment of LeaksArena, we have a couple of hands-on shots depicting the Orchid Grey color version of the Galaxy S8+. Here they are for your viewing pleasure, though be advised that the handset in question could use the touch of a microfiber cloth. 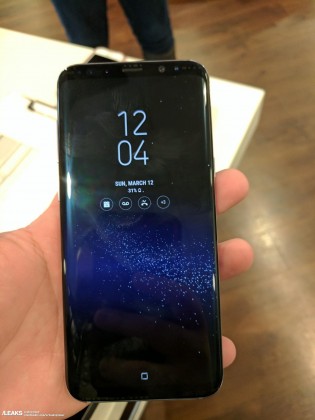 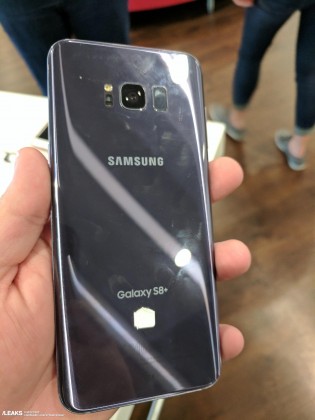 If you were wondering whether the S8 duo would be smudgetastic, there's your answer. Fingerprints and smudges love glass surfaces, so it's not like this is unexpected. For the umpteenth time we get to gawk at those slim, almost non-existent bezels, the myriad of sensors up top, and the lack of a physical Home button. And that's just the front. On the other side there's the oddly placed fingerprint sensor and the only Samsung branding you'll find on the phone - along with the model's name so you never forget what you paid €899 for.

But wait, there's more! Samsung has already announced Bixby, the built-in virtual assistant coming on the S8 duo, but chose to do so in text-only form. So we haven't seen any images or videos of it in action. Until now, that is. The very, very short video below says that's Bixby over there, doing its thing... somewhere on the screen. It's tough to tell, because of the incredible blurriness of the recording (and how short it is isn't helping either).

Still, count this as our first look at Bixby. At the rate leaks have been popping up, by tomorrow we may know (and see) more.

agreed. thanks for ur reply

They don't confirm craps. But they said Sypnatics was late to put fingerprint "hidden" under touchscreen, which was because of Apple's intention, and fingerprint on the back was the last minute decision. Which mean the real product will come within t...

LG doesn't have latest processor, iris scanner, sexy curved displays, wireless fast charging, amazing VR experience, ability to use two accounts for apps in one phone,fitness sensors like HRM and SpO2 including stress detector, support for the best a...