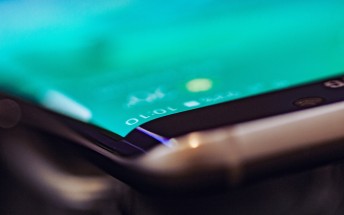 According to the latest rumor from its home country of South Korea, Samsung is thinking about making the Galaxy S8 come with a pressure-sensitive display. If you're wondering what that means, just think Apple's 3D Touch on iPhones - that's basically it. The technology detects how hard you press on the screen, and this can be used by software to enable different functionality depending on the pressure level applied. The rumor is reportedly coming from multiple "industry sources", as well as "a senior executive at Samsung's component division".

Speaking on the matter, an unnamed official from a Samsung supplier said: "Samsung is mulling to adopt the force touch technology partially from the S8 but the full adoption will come in one or two years". It's unclear what 'partial adoption' may mean in this context.

plz make s8 with removable battery coz i think it is better for the product & battery care management.

samsung is better than other... please make s8 edge with mini screen under 5"... i still choose s6 edge than s7 edge because s7 too large in my hand