The Google Assistant wants to be your co-pilot – earlier this year it landed on Android Auto, now it’s rolling out to Google Maps for Android as well. It seems that this feature is enabled for some (but not all) users who have updated to version 10.4.1 of Maps.

To summon the Assistant you either use the “Hey, Google” hot word or tap on the microphone. In either case, an unobtrusive panel slides up from the bottom. Any actions won’t cover up the map – e.g. starting a call or sending a message keeps the dialer and messaging apps in the background so you always have a clear view of the map. 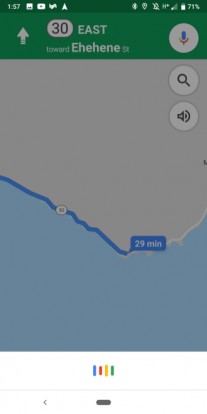 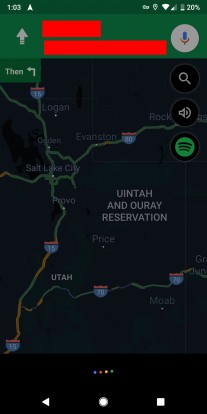 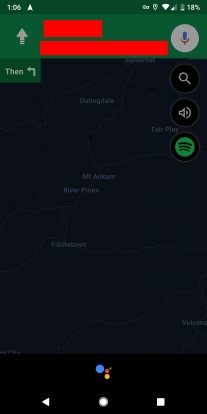 The revamped Assistant UI for Google Maps • In Night Mode

Assistant arrived on Maps at the end of September, but its UI would cover up half the screen when active.

Note that we tried this on a few phones at the office, which did run Maps v10.4.1, but we got the old UI. It seems like this is isn’t a complete rollout, but soak testing at this point.