Among the many announcements at this year’s I/O conference, Google detailed the new look of Android Auto coming to all users starting later this summer. The big change is that the UI will now adapt to the various car screen sizes and orientations with a default split-screen look. The goal is to give drivers fast and easy control over the three most used aspects of AA – maps, media controls and messaging. 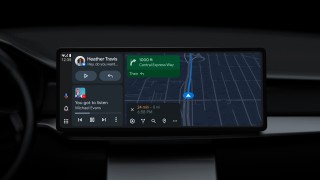 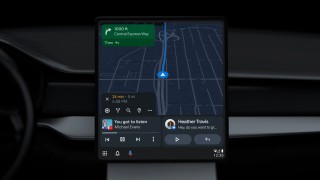 Google Assistant, notifications and your apps library will be easily accessible on the dock and depending on if your car has a portrait or widescreen car screen the dock will be either on the bottom or at the side closest to the steering wheel. Assistant will now bring suggested quick replies to conversations including options to share your estimated arrival time with your contacts.

Cars with built-in Android Automotive OS like some of Volvo, Ford and GMC’s newer models will get added benefits while the car is parked. These include a web browser and the ability to watch videos tom YouTube, Tubi and Epix Now platforms on your car screen. 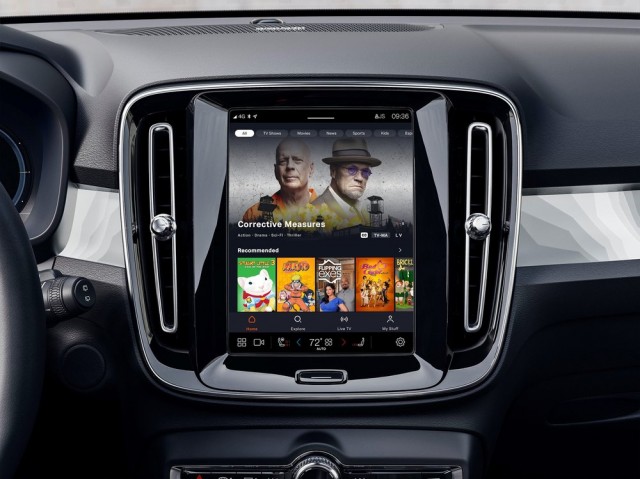 Google also shared it’s working to bring more video content and the ability to cast your videos to your car display.

Touchscreen is the worst trend in automotive. It directly conflicts with the dont text and drive. Distraction from infotainment systems are just as distracting as smartphones. At least smartphones have a better reliability rate.

Because if you are using a phone you can just open the YouTube app, Netflix app or any video streaming app you like. You don't need android auto to do that