With the Google Pixel 3 and 3 XL, Google added a bit more polish to the camera app. There’s a new mode selector that’s more in line with Apple and Samsung’s camera interfaces. This replaces the menu that you used to have to tap to get to the “Portrait” mode on the Pixel 2 or 2 XL. Just swipe across the screen to switch between camera modes. 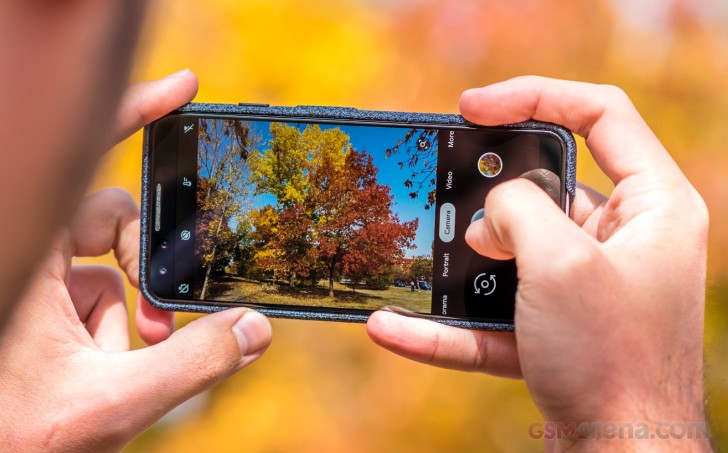 The updated Google Camera app is now rolling out as of Monday morning and shows you the current shooting mode just above the shutter button. Just to clarify, this updated app only brings the new mode selector and a shortcut to Google Lens, which can be accessed by just tap-holding the viewfinder.

This update does not bring the Night Sight or Top Shot modes that were introduced on the Pixel 3, at least not yet. The 2nd-gen Pixels should be getting these features in a future update. The latest Google Camera app vcersion is 6.1.013.

Have you received the new camera update on your Pixel 2? If you haven’t received it yet. Don’t worry – the more important update is the one that brings the two new camera modes (Night Sight and Top Shot) to the Pixel 2.

Google Camera on Play Store | Via

Google Pixel 3 gets a transparent version

It's a lot better than just a shinier UI. It has fixed the dreaded Pixel 2 panorama muddle. My Pixel 2 is now officially awesome again ...

Yeah so true. XDA folks are among those few that I trust, not to mention GSMArena