They’re real – the new Pixels are just as rumors foretold. However, the devil is in the details. The Google Pixel 3 and Pixel 3 XL are essentially the same phone, save for their displays and batteries. There’s a lot to talk about, so buckle up. 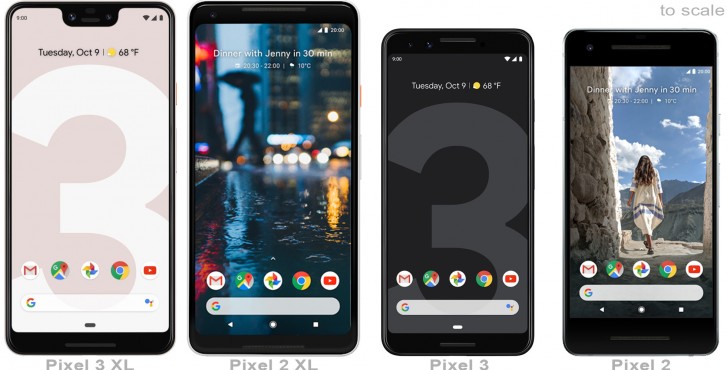 Now for the shared strengths. The screens support HDR, Always On and color modes. The HDR support makes it a YouTube Signature Device. You can use the Boosted mode for punchier color (sRGB + 10%). The Always On screen always shows the name of the song that’s currently playing. You can find a list of past songs in the Now Playing History and play them in your favorite music service.

The Pixel 3 screens (and backs) are guarded by Gorilla Glass 5.

The Pixel 3 XL has a 3,430mAh battery, slightly less than the 2017 model. The smaller Pixel has a 2,915mAh battery, which is an increase over the previous generation.

The new feature (if you could call it that) is wireless charging. The Pixel Stand can charge at 10W, as fast as the wired charger of the Pixel 2 phones. The stand also allows your Pixel 3 phone to work as a Google Home, as a photo frame and even a sunrise alarm.

Wired charging is faster thanks to the 18W charger that’s included in the box. Google promises you’ll get 7 hours of usage for 15 minutes of charging.

The rear camera hardware has not changed. There’s a single 12.2MP optically stabilized image sensor (with 1.4µm pixels) and an f/1.8 lens. The new features are on the software side. HDR+ is on board once again and is joined by Top Shot.

This is an AI system that works on the phone and makes sure everyone in the photo is in focus, smiling and has their eyes open. It automatically picks the best of several shots (you can view all of them in Google Photos). There’s also a Photobooth mode that will automatically snap a photo when you smile or make a goofy face.

Super Res Zoom is another AI application, it tries to make up for the lack of a telephoto lens by enhancing the detail of digital zoom.

The main camera still can’t shoot 4K video at 60fps. It does, however, have Fused Video Stabilization, which promises smoother videos while walking or jogging. It works at 4K/30, but offers the best results at 1080p.

Night Sight will be enabled with a software update coming soon. It uses AI to capture detailed low-light images without using the flash.

The new Pixel 3 and Pixel 3 XL do have dual cameras – on the front. Both have 8MP sensors and different lenses, a wide-angle 97° one and a normal 75° one. The normal camera has a bright f/1.8 lens with autofocus (phase detection). The wide camera is fixed focus (f/2.2).

While missing on the Fused Video Stabilization, the two selfie cameras do feature digital image stabilization.

Both Pixels have front-firing stereo speakers. And while the 3.5mm headphone jack is a thing of the past, Google has, for the first time, included a pair of headphones into the retail box. And not just any headphones.

You’re getting the new Pixel USB-C earbuds, which have Google Assistant integration. They can handle voice commands, can read out new messages and compose a reply, even do real time translation.

Google is also including a redesigned USB-C to 3.5mm adapter, which promises lower power usage and takes less time to go from being plugged in to starting the music.

The Pixel 3 and XL phones are powered by a Snapdragon 845 chipset. Note that the CPU has been downclocked to 2.5GHz for the big cores and 1.6GHz for the small ones to save on battery power. The difference with other Snapdragon 845 implementations is just 0.2GHz, though, so it's not too big a deal.

We are slightly disappointed that the memory options have not budged from last year. You get only 4GB of RAM (but then there’s no heavy Android skin) and storage is 64GB or 128GB (with no card slot to expand it).

The new phones are waterproof with an IP68 rating, an improvement over the IP67 of last year’s Pixels.

There’s a new color too – Not Pink – in addition to Just Black and Clearly White. 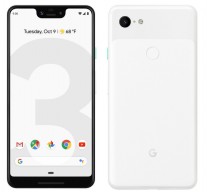 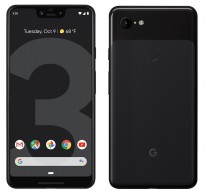 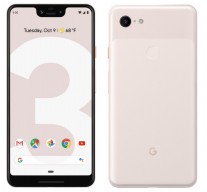 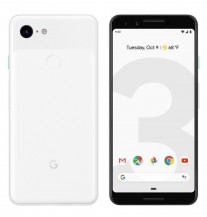 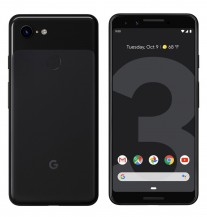 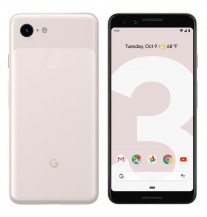 Google Pixel 3 in Clearly White, Just Black and Not Pink

There’s a fingerprint reader on the back, nothing’s changed there.

Apple is even worse

OMG Super ugly overpriced phones with last year specs! Google no innovations. And this ugly notch!? I can't even look at it!