The Pixel 3a XL has the same design language as the Pixel 3 series of devices. Along the back, we see the two-tone finish and the lighter colored models also come with a colored power button on the side.

The Pixel 3a XL also has nearly the same dimensions as the Pixel 3 XL, although the latter is slightly shorter and thinner. The Pixel 3a XL is lighter by nearly 20g, and the reason for that is the polycarbonate body. 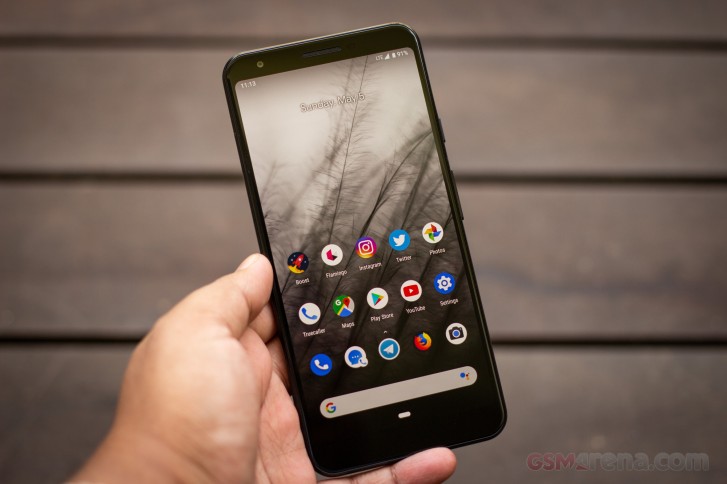 While all the previous Pixel smartphones used varying combinations of metal and glass for the body, the Pixel 3a phones are the first to be made out of polycarbonate. The entire back and side portion are one unibody shell but with the two-tone finish to give it the familiar Pixel look. At first glance, it was hard to tell any difference, and it's only upon closer inspection could we tell that the back was plastic.

While it is certainly effective in fooling you into thinking it is metal or glass, we were disappointed to see polycarbonate being used in this price range. Almost all phones in this price range today use either aluminum or glass for their body; in fact, several phones in much lower prices ranges are already using metal and glass, too. 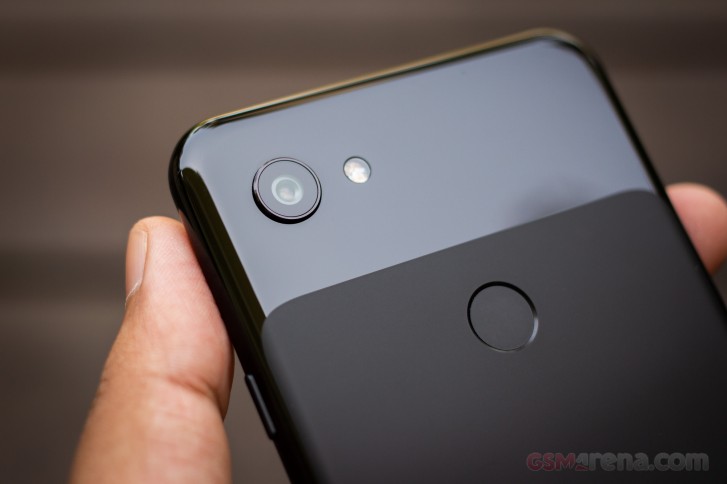 Plastic is certainly more durable in some cases compared to both metal and glass. For one, it won't shatter when you drop the phone like glass nor would it dent or bend like metal. However, plastic is a soft material, so it does pick up scuffs and scratches more readily than either metal or glass.

Moreover, the Pixel 3a XL is also not water or dust resistant compared to its more expensive sibling, so that's another knock against it in terms of durability. At least some form of splash resistance would have been welcome.

But by far the biggest issue with the design is right at the front. While it lacks the comically sized notch of its elder sibling, the Pixel 3a XL has massive bezels that are straight out of 2016. They are also mismatched, so the bottom bezel is thicker than the top one, and when you add the black navigation bar on top of that, it looks like the display starts almost a fifth of the way from the bottom of the phone. 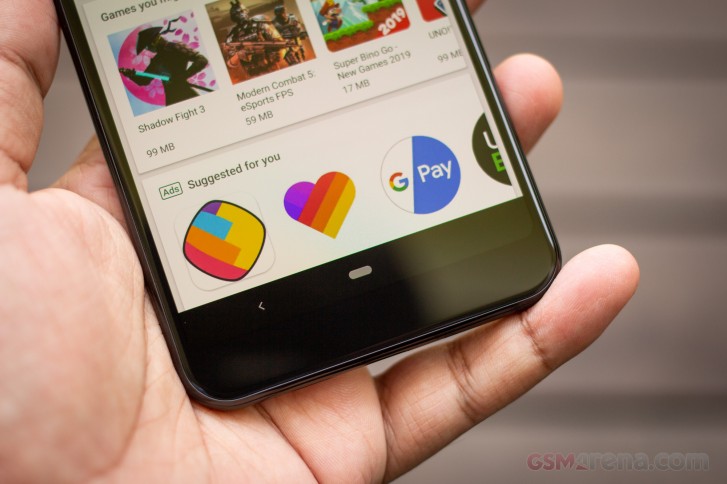 This makes the design look extremely dated. While the Pixel 3 and Pixel 3 XL didn't quite look fresh in 2018 either, for a phone in 2019 to have such large bezels when most of the competition has been raging war against bezels for the past two years makes it look completely out of place. At first glance, this phone looks like you have a three-year-old device in your hand and not something which was just released.

In other design changes, the loudspeaker has now been moved to the bottom of the phone. This doesn't affect the performance all that much, but it does make it easier to cover up the speaker. One thing we wish Google would change is the layout of the power and volume buttons. Google stubbornly chooses to keep the power button above the volume buttons, which makes the power button hard to reach for your right thumb when you're holding the phone in portrait and the volume buttons hard to reach for your left index finger when you're holding the phone in landscape. This awkward layout also makes it hard to take screenshots with one hand. Every other OEM either places the buttons the right way up or on either side of the phone.

Overall, the design does take a big step back compared to the more expensive Pixel 3 phones, which weren't exactly cutting-edge in their own right. Google has seemingly not taken note of the time that has passed since their last Nexus release and the advancements that have happened since then but the competition certainly has, and no one is more aware of this than the consumer.

December 2019, and I have moved to my Pixel 3a XL exclusively. I also have a Galazy S10+. Yes, for raw performance, the S10+ is much faster than the 3a, and the colours pop more on the S10+'s screen, but the curved edges and shitty battery li...

Adobe Lightroom doesn't support the Pixel 3a, the color reproduction is terrible. The Pixel 3 doesn't have this issue because it is supported by Adobe. This makes the Pixel 3a a much worse choice for photographers.

A great example of "hardware and price but lacks of knowledge" Pixel 3a and XL model is not for you. This phone is designed for people who just want good balanced phone, decent camera, with great software, and not hardware perfectionist like gee...