Google’s official Pixel 4 design reveal was somewhat surprising, but now we’re back in familiar territory with Pixel leaks. Similar to last year’s Pixel 3 XL train leak, the upcoming Google flagship was spotted in the flesh by an anonymous tipster out in London. 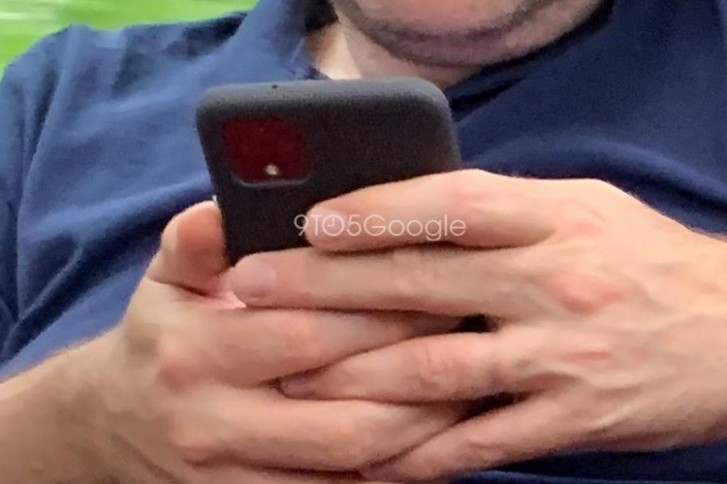 The phone appears to be in a fabric case which Google has been offering for its devices since the Pixel 2 came to be. While the new image falls in line with what we’ve seen so far with the square camera cutout for the dual cameras, it doesn’t provide much additional information.

According to the folks over at 9to5Google the tipster who spotted the device confirmed that the front housed a dual selfie camera setup like the Pixel 3 and 3XL and a “large forehead”.

Google have already confirmed that.

In all honesty, if it goes with wide angle, I think it'll be fine. Still, I'd rather take a P30 Pro setup for versatility