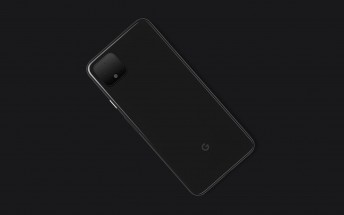 Back in July, Google announced that Pixel 4 will come with a feature called Motion Sense, which is based on Soli. Now, a video shared by M. Brandon Lee from the YouTube channel This is Tech Today sheds some more light on Motion Sense.

As evident from its name, Motion Sense will let you perform different actions like changing songs and silencing calls and alarms. There's also a feature called "Reach to check phone" that activates the screen when you hover your hand over it to display notifications, time, and other information.

You can watch the video below at 13:01 to know more about Motion Sense, or watch it from the beginning to check out some photos of the Pixel 4 acquired by Lee from his source.

The Pixel 4 is expected to go official on October 15. That's more than a month from now but more information about it is likely to follow.

Google's Pixel event may be on October 15, Pixel 4 XL chipset and display confirmed

Photos put Google Pixel 4  XL in Black and White side by side, Coral shows up on video

If it really is a plastic phone (as per latest youube video), I really hope they'll be more competitive pricewise... A sort of new Nexus device

Lot of negative comments for this device. You're missing the key points that make this a beast. 1. Best camera performance of any android device and probably iPhone too 2. Pure android, fast OS, long lasting support 3. Amazing XDA / Aft...

if I remember correctly, There used to be Symbian music app that can do air swipe gesture to skip songs. And I Installed it on 5800 XpressMusic