The Pixel 4a is built with a plastic frame and back panel while the display is protected by Corning Gorilla Glass 3. Like the Pixel 4 and 4 XL, the 4a no longer has the "window" on the back, so it is completely matte on the back, save for the camera bump. It's interesting to see this fingerprint scanner, which is also matte on the back, we can't help but think it might have been more aesthetically pleasing to make it shiny to contrast the rest of the back. 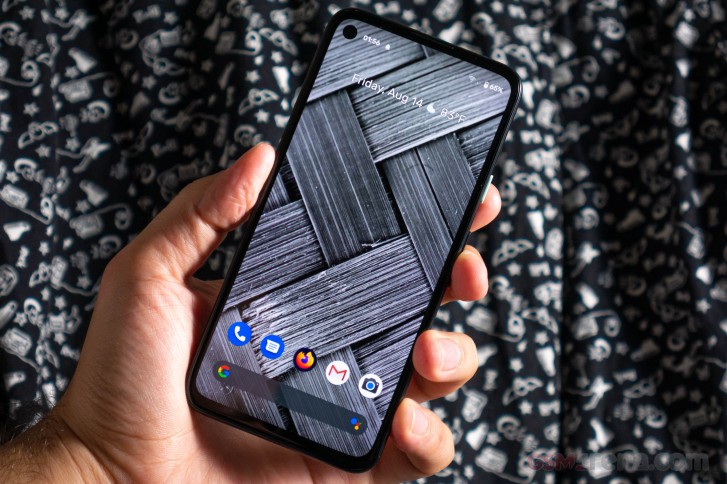 The camera setup is square like its more expensive siblings, but it only houses a single 12.2MP camera, and a dual-LED flash. We like that the styling matches with the Pixel 4. The camera housing does protrude, but not enough to make rocking back and forth on the table a serious issue. 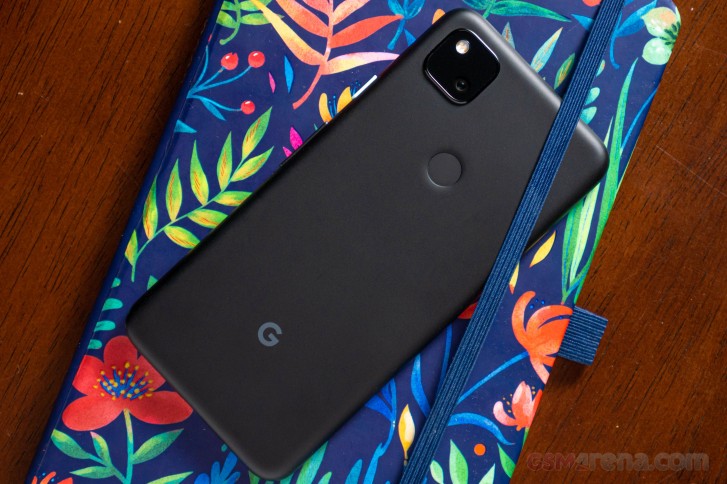 The rear cover and the frame are a single piece, so holding the Pixel 4a feels really nice and smooth with no breaks or seams. At 144 x 69.4 x 8.2 mm, the Pixel 4a is slightly shorter and narrower than the Pixel 3a, despite having a screen that takes up more space. It's even slightly lighter at 143g and its weight is well distributed.

It's a well built phone, but we wonder if it has any structural weak points. It doesn't creak or buckle under light pressure, so that's worth something. Remember that the Pixel 4a is not rated for water or splash resistance, and we would not bet that it's even sealed well for such an event. 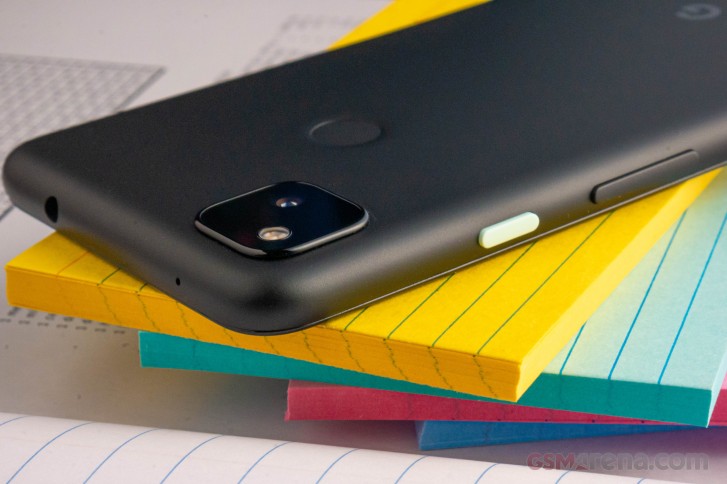 Google has omitted Active edge from all Pixels starting with the 4a. Perhaps it realized that the pressure sensors placed in the frame take up more space than is worth the squeezy feature. You can do the same thing by swiping up from a corner, but it won't be the same.

The front of this Pixel finally looks like it belongs in the present day. The Pixel 3 had large bezels (and the 3 XL had the bathtub notch), and the Pixel 4 and 4 XL had the honkin' upper bezel for the underwhelming Motion Sense hardware. The bezels on the Pixel 4a are the smallest we've seen on a Pixel phone thus far and the display fills the space nicely. 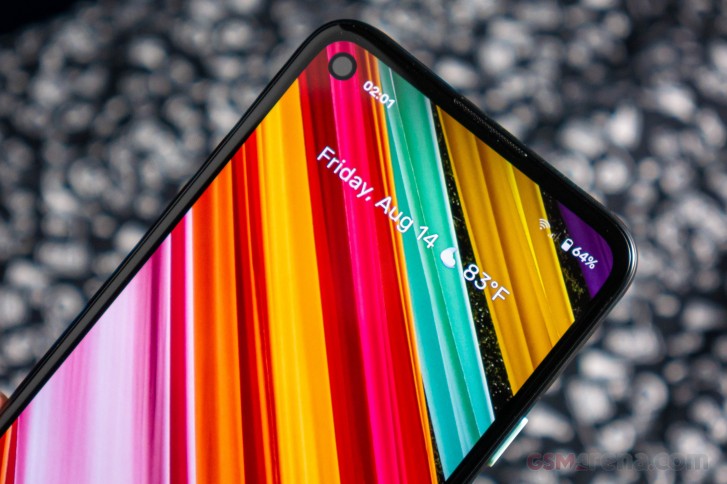 There's a 5.81-inch OLED screen with a punch hole cut out for the 8MP selfie camera. This cutout does have a border that isolates it from the display. The front-facing speaker is now a slit that sits above the display, so we wonder if it will affect the stereo loudspeaker performance.

There's a headphone jack at the top, which you don't see on the higher-end phones anymore. 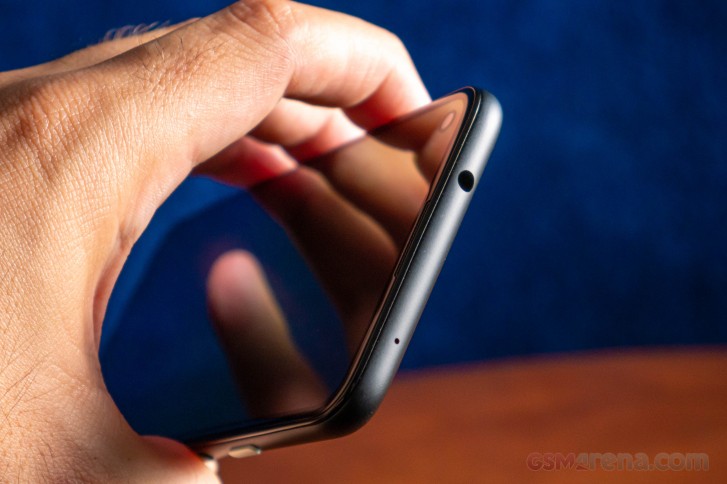 At the bottom is a USB-C port, and two symmetrical ports - the right one is a loudspeaker, and the other is a microphone. 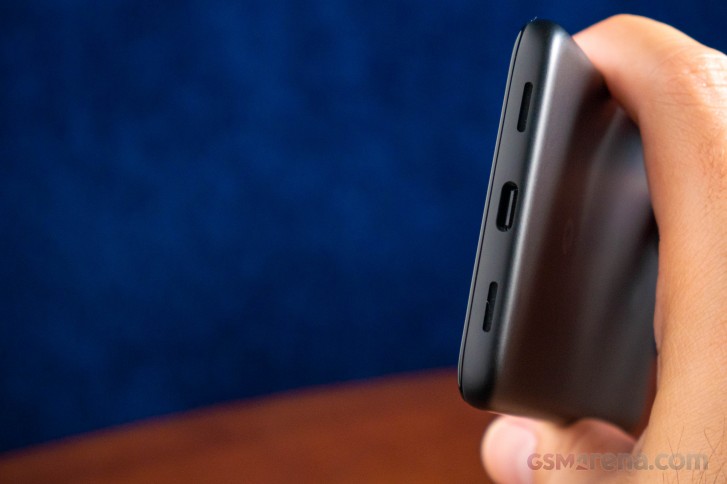 The SIM tray is on the lower left side of the phone, and it only takes a single nanoSIM card. There's no expandable storage here, but dualSIM is possible via eSIM. 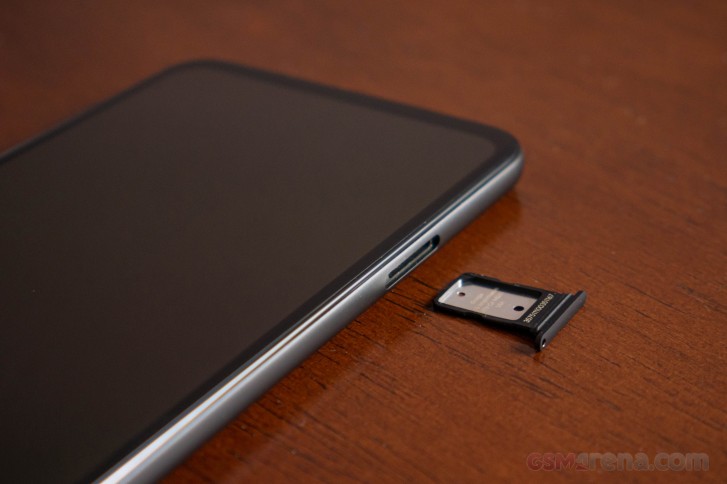 The power key is accented with a slightly mint-colored white. The buttons themselves are very clicky and tactile, though not too sensitive.

The phone feels great in-hand. From its curvy matte back cover to the compact size, this is going to be a wonderful phone to hold and use. Finger gymnastics are still kind of needed to reach the top of the status bar, but the Pixel launcher already lets you swipe from anywhere on the home screen to reach the notification shade.

Have you ever noticed any display issue, my pixel 4a which has purple color leak in dark mode. When in call just hide the sensor and lift , the display wakes where the displays get off and on , on the time of wake you can see the whole display turn...

Are you enjoying it so far?