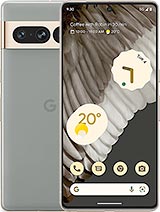 No call recording in India. Pathetic. Samsung S22 series is the best

If you are planning to buy pixel 7 pro from amazon.de or amazon.fr for the promo offer (pixel watch), be informed that you need an address in germany or france inorder to avail this offer. All other claims will be rejected.
I ordered pixel 7 pro from amazon.fr but now cancelled due to this. Seriously considering other phones as pixel 7 pro cannot be justified for its price here is sweden ( 1000 euros for 256 gb). If it was along with pixel watch, this price is reasonable. So people in Germany / france can consider buying it with this offer. I am thinking of Moto edge 30 ultra instead which is available here for around 818 Euros in some online shops, which is a good price for what they are providing.

Should I reconsider my thoughts to buy pixel 7 pro or should I go with Moto edge 30 ultra ?
What is your take on this ?

NeonHD, 11 Oct 2022I like this year's color options, but man, they really... moreI know right! Which colour is your favourite for Pixel 7 Pro and regular Pixel 7?

DMX, 10 Oct 2022conclusion, It is the same sensor from last year! it'... moreGoogle used same camera sensor pixel 2 to pixel 5a. But picture quality or camera performance increased over the year by the magic of software. Google plays with software, not hardware, mind it.

I am not clicking the pre-order button as I am waiting for the Battery Endurance Rating from you guyz... hoping at least 100h..... hurry up GSMARENA : )

I like this year's color options, but man, they really should've opted for a matte finish instead of a glossy finish on the back.

I liked the two-toned finish on the P2/P3/P4, they should try that again.

notafanboy, 10 Oct 2022Super saturated photos? You what, man? Did you even set t... moreconclusion, It is the same sensor from last year! it's more the same post processing software as in the p6 pro, i think google applied the apple formula but it only works for apple!

DMX, 10 Oct 2022I see many North American youtubers talking about this phon... moreSuper saturated photos? You what, man?
Did you even set the display color setting to "natural"? Because it's set to "adaptive" by default which is pretty much vivid, and it's inaccurate af.

I see many North American youtubers talking about this phone but I don't see anyone giving it a correct review as it should be!! strange, I was also watching some videos and it is exactly the same as with the pixel 6 pro that I had, the super saturated photos, the presence of samsung in this is noticeable!! I hope this line of epixel 7 is not a total fiasco!!

Still throwing out an unstable, outdated SoC running Armv8 achitecture instead of Armv9 like current SoCs and years old cores including the X1 cores again (some places say its a76, some say a78, I say both shouldn't be used when we have a710/a715 out now and the x2 cores and a510 cores with Armv9).

Finally caught up to every other flagship in the last year or 2 with 4k 60 and 10 bit HDR, considering they are meant to be photography leaders it's pretty pathetic really and the sensors they do use are average Samsung sensors or still sensors from 3 generations of pixel phones, what is this an apple or Samsung galaxy device... Oh wait.

I think at this point all top end phone companies have some sort of feature that has face unblur or colour correction or pixel shift tech, I've heard its pretty good on the pixel 7 line but these aren't new things and plucking at straws for features to make a phone "viable".

Face unlock was promised on the pixel 6 series last year and it never came, considering the terrible fingerprint performance it's again not a positive when every other company even on budget phones have had selfie cam face unlock (again, pixel 4 had actual biometric unlock, pixels should of kept it as a hardware feature) it's laughable the company using it to promote the 7 series and not appoligizing to pixel 6 owners for lying about a feature and it's availability.

techifromsg, 10 Oct 2022Hello Folks, I was making up to buy one of the new Pixel.... moreYes, Tensor G2 is the same Exynos crap G1 was, I don't recommend buying this device either as perf/watt is now on the level from the SoC from Pixel 4A — SD 855 (if not worse, again).

AR, 10 Oct 2022Is it physical dual sim or just sim and esimJust one physical sim and other one is e-SIM

techifromsg, 10 Oct 2022Hello Folks, I was making up to buy one of the new Pixel.... morethe weird motion thing when swapping between lenses are normal. can found in other flagship devices.

The Critic, 09 Oct 20222022 and people still expecting 3.5mm in flagship phones smh buying a 3.5mm adapter is impossible. they work in certain devices. maybe the samsung 3.5mm adapter could work with the pixel.

Hello Folks,
I was making up to buy one of the new Pixel.
First impressions on the Pixel 7 Pro and Pixel 7 demo sets in Singapore Store yesterday 9th Oct. I was not impressed by them at all.

1. The Phone heats up after some usage. Looks like Tensor G2 is the same Samsung Exynos crap. Google never mention performance in their slide is a big thing that performance is not on part even with snapdragon 888
2. Switching from 0.5x to 5x has weird animation going on which uses all lenses in between and moves the focus before locking to the selected lense.
3. Telephoto zoom was not locking at 5x and I observed weird motion although it was mounted on a stand. After clicking the photo it didn't appear on the pixel 7 pro.

The point I am trying to convey is pixel 7 has lots of bugs and there's no point in buying until Google improves the quality. It's going to suffer the same problem as we observed in pixel 6