Google's ARCore SDK is out of preview, now any developer can publish AR apps to the Play Store

Following a long preview period which started last August when it was initially announced, Google's ARCore SDK has now finally reached version 1.0. It's thus out of preview and allows any developer to create AR-infused apps and publish them to the Play Store for Android.

ARCore 1.0 has improved environmental understanding, letting users place virtual assets on textured surfaces like posters, furniture, toy boxes, books, cans, and many more - see an example in the image below. 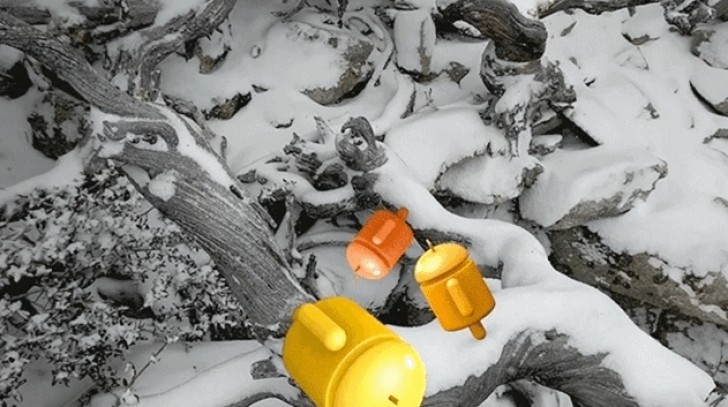 Expect many upcoming smartphones from the likes of Samsung, Huawei, LG, Motorola, ASUS, Xiaomi, Nokia, ZTE, Sony, and Vivo to have ARCore enabled this year.

ARCore will even be supported in China, on devices from Huawei, Xiaomi and Samsung, which will distribute AR apps through their app stores for the country.

When there is no retreat, the potential will be exerted.

Kitkat? Even my car's cheap aftermarket android system is lollipop