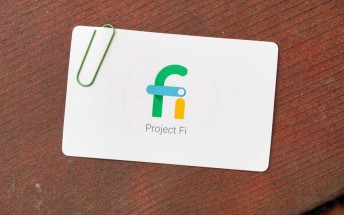 So far, Google's experimental MVNO (mobile virtual network operator), Project Fi, has only supported Nexus and Pixel devices. The need for specific support (and why it isn't suggested that you just throw your Fi SIM card into any handset you may have lying around) is due to Fi's intelligent switching between its three host carriers. This needs to be enabled in the software of every phone on the network, hence the limited number of officially supported devices.

And since the Pixels are much more expensive than any Nexus before them ever was, a lot of people have apparently been complaining to Google citing the lack of a reasonably priced alternative. That situation will change "later this year", however.

If you dare to wait that much, Fi will support a new smartphone "at a mid-tier price", the carrier's official Twitter account said today. Unfortunately any other details simply weren't there, save for the mention that the phone will be manufactured by one of the company's partners. That's certainly cryptic, but if Google wants Fi to ever become more than an experiment, it definitely needs to support more (and cheaper) handsets.

I doubt so. Maybe an Android One device, or they'll ask another OEM for either a device made for Fi or an already available device but with one or two software tweaks.

So could be a OnePlus 5 or a midrange Pixel.