GoPro unveiled the Hero6 Black, which brings 60fps recording at 4K resolution (double what the previous Black could achieve). The company uses a custom processor – dubbed GP1 – which enables the higher frame rates. 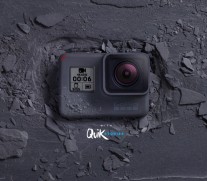 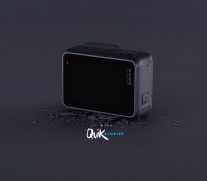 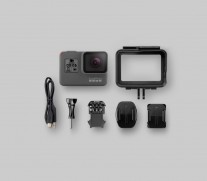 The GP1 chip also promises improved dynamic range and low-light performance. In terms of battery life, you can expect the same longevity as the Hero5 Black in the same modes (that does mean the battery would last less at the top 4K / 60fps mode).

Besides frame rate, the new Hero6 Black also has faster Wi-Fi, now working on the 5GHz bands to speed up transfers.

Other things have not changed since the Hero5 generation. For stills, you’re still getting 12MP JPG or RAW files and the dedicated Wide Dynamic Range mode is still on board. The camera is waterproof to 10m without a case, there’s a built-in GPS and a 2” LCD screen too.

GoPro strikes a deal with Huawei, Quik editor is part of EMUI 5.1

It is a digital IS ... any optical stabilisation is better, will stay with my Sony FDR-X3000R

will it be possible ever to Launch a Camera with "60MP with 1000fps for slow motion Video shooting"...? I am waiting for it...