Being in New York City, one can appreciate when a maps app offers public transit directions. HERE claims you can get transit directions when offline. I was NOT able to do this on my Nexus 6P (gave me a “no transit route found” error). I was finally able to pull up transit direction offline with an iPhone 5S, but it must have taken 30 seconds for the app to figure it out. 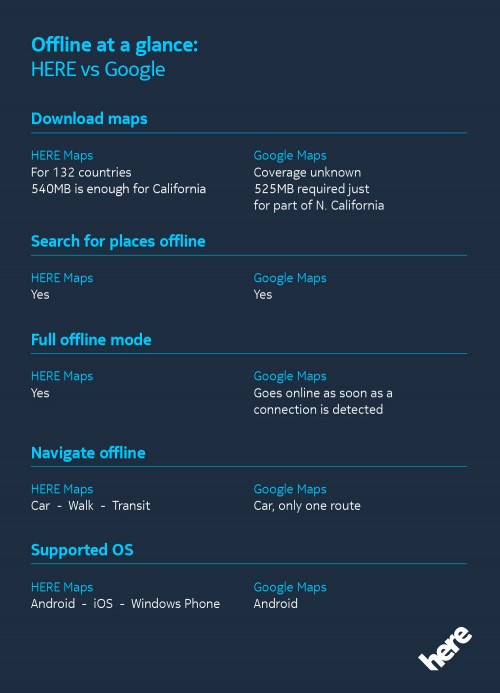 HERE lets you download offline maps by state but Google Maps will only let you download one selected area at a time. This is not ideal for, say, a road trip where coverage is spotty.

Countries that perhaps don’t have good mobile coverage should use HERE Maps for much better offline navigation. HERE definitely offers a competitive package worthy of competing with Google Maps.

At Google I/O this year, Google promised full offline Maps by the end of the year. Soon, HERE maps will have much more to compete with.

HereMap can you please include Hong Kong offline map for download. I use Here Map and Map.me as well as Google map. Usually 8 use Here map first and Map.me nad google map as a back up.

Please include japan in here maps.. Thank you