A new heap of official images have surfaced, uncovering the bodies of the upcoming Motorola Moto E5 and Moto E5 Plus in their entirety.

This isn't the first time we've seen the Moto E5 Plus in press images - the previous ones we saw are the same as the ones below only the phone came in Light Blue. Now we can add Graphite and Gold.

Moto E5 Plus in Gold

The rendered images show the front that has an 18:9 tall-aspect screen and a glossy back that houses a fingerprint scanner and a camera module.

The glossy finish looks like it could be glass or metal but considering the expected entry-level price tag, it could also turn out to be glossy plastic.

The camera module looks like it houses a dual camera but it's only a single lens and what could prove to be either an empty placeholder or a laser autofocus module.

Moto E5 Plus in Graphite

We've also seen the Moto E5 Plus on Geekbench, flaunting a Snapdragon 430 chipset.

Now, for the Moto E5. It's a less flashy lookalike to the Moto E5 Plus, with a simpler matte finish on the back. Again, it looks metal but could just as easily prove to be plastic.

There's unmistakably a single camera on the back and once again a fingerprint scanner, embedded into the Moto logo.

Now what's left is for us to learn when the Moto E5 and E5 Plus will be made official, how much they cost and get the final touches to the specs sheet. 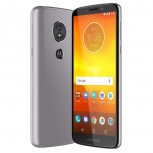 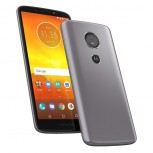 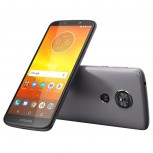 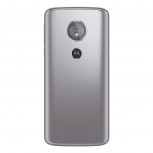 Moto E5 Plus with Snapdragon 430 goes by Geekbench

Motorola Moto E5 Plus official render leaks ahead of launch

It literally says in the article the fingerprint sensor is embedded in the Motorola logo, as it has been the case in other Moto devices as welk as of late.

I'm pretty sure it's not unnecessarily big. I doubt Lenovo would bother making it that "big" (which it is not really that big to begin with) for no reason.

Read the article first before commenting.