Motorola Moto E5 Plus official render leaks ahead of launch

We had a ton of leaks for the Moto G6 series throughout the past few weeks, so it was about time we hear more about the Moto E5 phones. And today we got an excellent glimpse of the Moto E5 Plus in a glorious press render.

The image spills the beans on lots of the specs - an 18:9 display, a dual-camera on the back, and a USB Type-C port at the bottom. It also confirms one of the paintjobs - Light Blue. 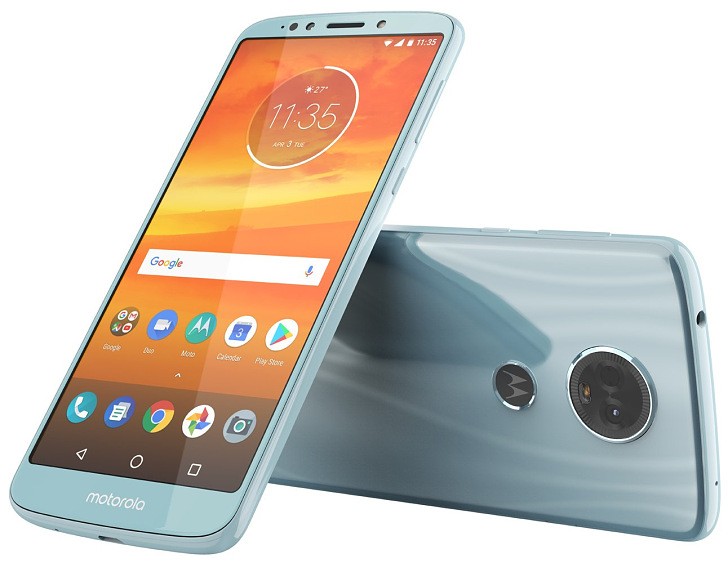 It's uncertain if those dots at the front stand for one selfie camera and a LED flash, or two snappers without a flash. Or maybe all three of those?

The Plus model should pack a 5.5" or more big screen but with low 720p resolution, and some power-efficient chip. We'll know more once the E5 Plus goes official with the rest of the new Moto phones sooner rather than later.

They should just put M batwings on the front instead of the word Motorola. They look so much better/classier/desirable and special. I guess the long term plan is to phase out Motorola as a brand altogether seeing as they make it very clear every...

I really doubt the writing "Motorola" would ever appear. Never been used name since Lenovo bought them. "Moto" is been used and only as a name, not as a brand.

Big screen should have a better resolution, but you are right, this has slighltly better than HD resolution.