HMD Global has started sending out invites for an event it's holding on October 4 in London. As you can see from the invite below, a new smartphone will be announced on that occasion. No other clues are available in the invite, but it's easy to assume that we'll be seeing the oft-leaked Nokia 7.1 Plus make its global debut.

Sure, this could also be when the much anticipated but still not real Nokia 9 sees the light of day, especially after Samsung's already revealed its storage options earlier this month. We'll have to wait and see. 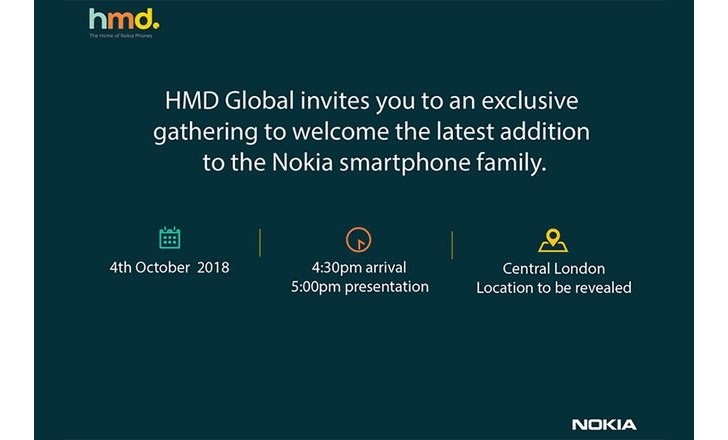 Although HMD Global has launched the Nokia 8 Sirocco this year, a lot of people are still seemingly waiting for a 'true' flagship device from the reborn brand, and the Nokia 9 has played that part in our collective imagination. Let's see if it finally becomes real or whether we'll have to wait for it some more. Hopefully this won't take as long as it took Oppo to come out with a new Find handset.

The Nokia 9 might have five cameras on its back, while the 7.1 Plus will have to make do with 'just' two. In both cases Zeiss branding will be present. While the top of the line model should be powered by the Snapdragon 845 naturally, the Nokia 7.1 Plus will use the Snapdragon 710 paired with up to 6GB of RAM. HMD Global is committed to delivering the Android One experience on all of its handsets, so these two should be part of that program as well.

Nokia is working on a gaming smartphone

Regarding your last paragraph, I think this is where the asha series they are relaunching may fill the void.

What do you expect a lot more button phones??? :-) This is notkia of before its a same company. Check the wikipedia.