HMD Global recently turned 2-years old – the company was founded on December 1 2016. Barely a month later, its first phone hit the market – the Nokia 6. Since then the young company has sold around 70 million phones bearing the resurrected Nokia brand. Note that the number includes both the Android smartphones as well as the new feature phones.

Its most popular phones are typically in the €300-400 price range. The Nokia 6.1 became the company’s best-selling phone globally after it took the crown from the Nokia 7 plus. The Nokia 3.1 has been doing well too, in Germany at least.

With the mid-range and entry-level segments covered, HMD really needs a successful flagship. The Nokia 8 Sirocco failed to live up to expectations, both from fans and from the company itself. HMD did no talk about the oft-rumored Nokia 9. 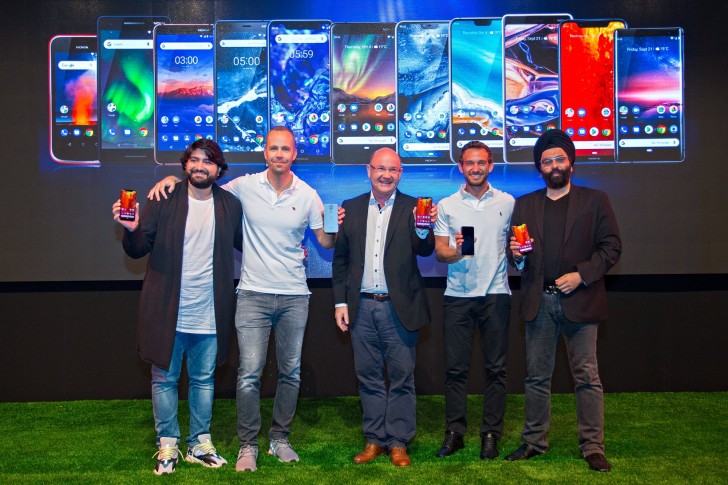 The HMD team at the Nokia 8.1 event

HMD acknowledges that much of its success is owed to fans’ allegiance to the Nokia brand, so it focuses on living up to that legacy by building high quality phones. But there’s a problem – nearly 80% of HMD’s customers are 35-years old and older. Those are people who remember Nokia in its prime.

So, HMD wants to draw in the young crowd, under 20, possibly leveraging esports for promotion. The people in between – 20 to 35-years old – will come into focus in the future.

Credit also goes to Google. The two companies are collaborating on the software front and as a result almost all of HMD's Nokias run Android One (and some Android Go). This ensures that the phones will have fresh software for several years to come.

Too bad they revived it with android instead of using a proper mobile OS that is on par with Apple's iOS... I loved Nokia, but it's just a name now. It has lost its European design and ideology behind their products and just follows bad trends now....

Maybe it's time HMD made all of their devices bootloader unlockable? We'd get faster updates and stick to version we prefer. Nothing says "we love you customers" like open source (htc hd2 open source, not asus zenfone 4 pro).

I get the feeling that HMD is still testing the market to focus on that. Don´t follow the same strategy like most brands do , realise each month a new phone.....it will confuse the customers.