The Honor 10 Lite is the latest addition to the brand's mid-range lineup and it hopes to ride on the success of the original Honor 10. So how did Honor go about making a Lite version of a phone, which is already somewhat of a Lite version of the flagship Huawei P20?

Well, for one, the feature set has been trimmed across the board starting from the chipset, going through the camera and ending with the connectivity set. But that doesn't mean this is a bad phone. 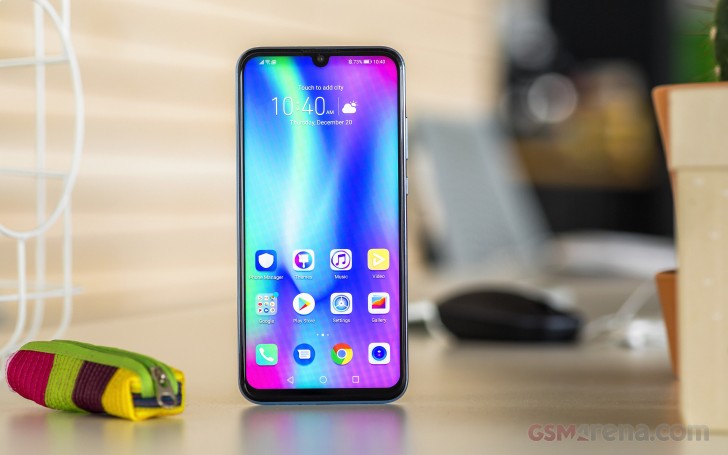 The Honor 10 Lite is still an embodiment of the great value phones we've come to know the brand for. For about 30% lower price tag than the original Honor 10, the 10 Lite has the same size battery, a larger screen with a smaller notch, the memory is now expandable via a microSD slot and right from the get-go it comes out with the latest Android 9 Pie. In comparison, the Honor 10 still hasn't got an update to Pie yet.

Anyway, the bar is set quite high for the 10 Lite as the Honor 10 and the Honor Play are some of the most competitive propositions in the upper midrange offering great performance at tempting price points. We will see if the Honor was able to strike a good balance with the 10 Lite. Let's start with an unboxing.

The handset comes in a modest box containing the usual user manuals, the SIM ejection tool, the microUSB charging cable and, of course, the charging adapter.

We didn't expect much else but Honor also provided a transparent silicone case that fits the 10 Lite perfectly and doesn't hide the rather fresh color gradient paint job on the back. 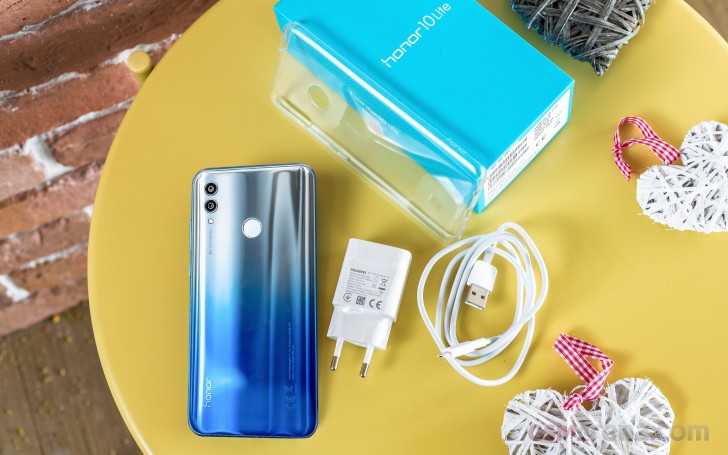 The step back from the USB-C port on the Honor 10 to the slightly outdated microUSB was the first clue we got that we're dealing with a cheaper device. We also couldn't help but notice that the charger is not the 22.5W fast charger supplied with the Honor 10 but rather a 10W one.

Okay, so let's turn our eyes to the smartphone itself and its design and controls. Follow us on the next page for the full scoop.

Never ever buy this stupid phone because it automatically switched off after 2 years.company service is telling there are lots of this phone under complaint.

No. Plastic only. It is an inexpensive phone after all.