Following recent events, the Honor 20 Pro might turn out to be one of the best value smartphones you won't be able to get, ever. No matter how things unravel in the next few months, we decided to make a review just in case because this is Honor's great alternative to pricey flagships. Of course, it's not the Huawei P30 Pro but it does give the phone a run for its money.

It has what it takes to be a modern-day flagship device - full-screen design (excluding the punch-hole camera, of course), big battery, flagship SoC and a quad-camera setup with all four units having a purpose of their own.

Unfortunately, though, the display is where Honor had to cut some corners. The use of IPS instead of OLED might put off some users, especially those that are coming from OLED and will most probably miss those deep blacks. 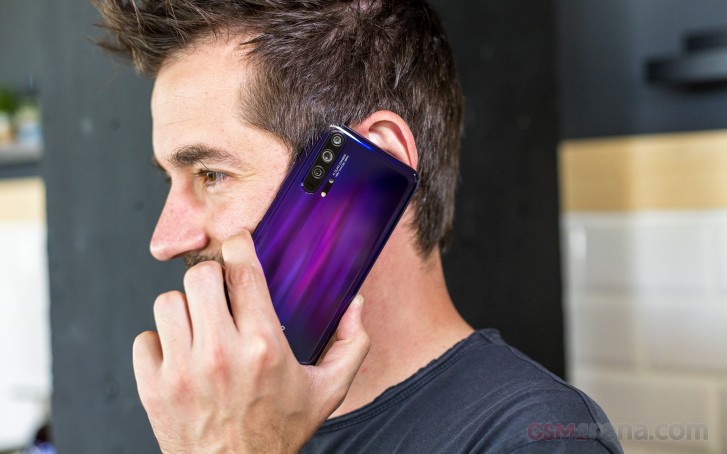 But if that's none of your concern, the Honor 20 Pro has a few great selling points with photography being the centerpiece of the action. We saw what the Honor View 20 can do with the 48MP sensor and the Honor 20 Pro does it even better with some additional help from a more refined software, improved night mode and OIS.

One thing that bothers us is the rather subtle segmentation between the vanilla Honor 20 and the Pro version, which we are reviewing. There aren't many differences that set those two apart - hardware-wise and feature-wise. Even the screen size is the same but perhaps good pricing strategy will take care of the issue. 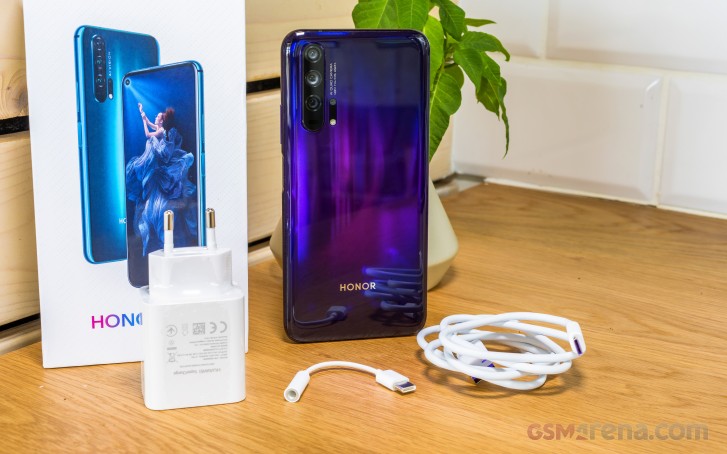 Since the Honor 20 Pro doesn't have a 3.5mm audio jack, there's a dongle in there as well. And although there was a compartment in the box which could have easily fitted a protective case, we didn't get one bundled with our review unit. Perhaps other markets will be luckier. But let's check out the phone iteself.