The new design on the Honor 30 Pro+ perfectly reflects the company's image and its effort to appeal to the youth. We have the so-called Titanium Silver color in our hands, and while some may call the color "bland" since it's not a flashy enough, we would like to use the word "fresh". It definitely makes the phone stand out, and depending on the light, the color shifts slightly to the purple hue, whereas the Honor logo has that mild 3D ring to it, and it's always in contrast to the whole back. And as always, we are a fan of that frosted glass finish which is gaining popularity. 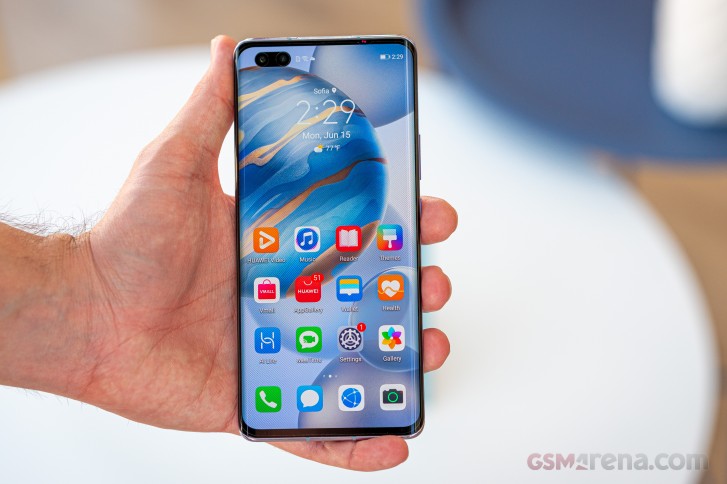 The finish itself attracts fingerprints and smudges, and it's not the grippiest solution out there but thanks to the color, the fingerprints are only visible at a certain angle. 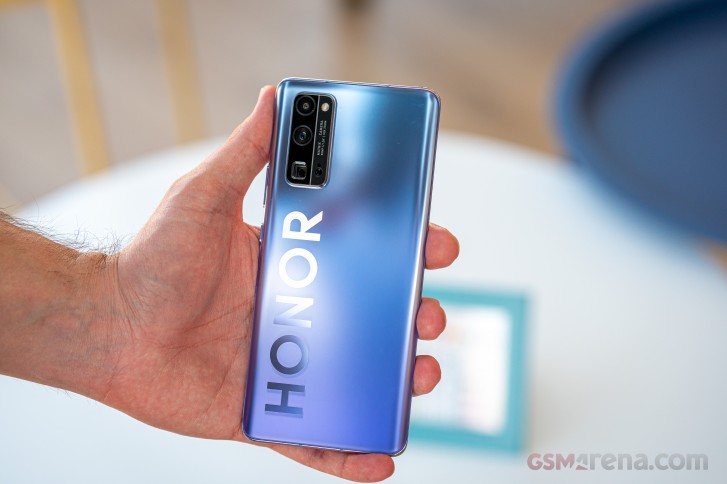 What we didn't like, though, is the big camera bulge on the back. We get that there's a lot of hardware inside, and the periscope module along with the huge, main 50MP Sony sensor aren't helping, but you can definitely feel the protruding edge. Slapping a case on the back fixes that but without it, get ready for a whole lot of wobbling. The phone just won't be able to stand still on a flat surface. 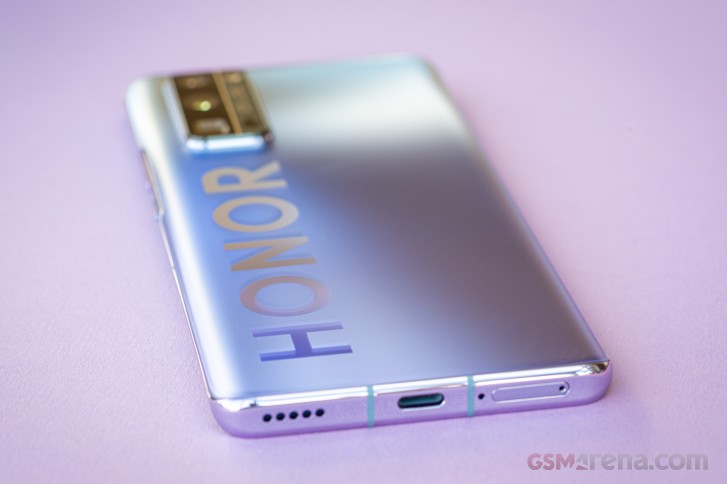 On the front, we are greeted by a tall, curved OLED panel with dual punch-hole camera design in the upper-left corner. The curved bit is a first for the company, and as we pointed out before, combining curved screens with off-centered cutouts for the front camera is bound to lose a significant screen real estate. The space between the cameras and the top bezel is fine but it's too far from the side bezel making a big chunk of the display unusable. After all, placing a camera on the curve would be sub-optimal and result in distorted image. 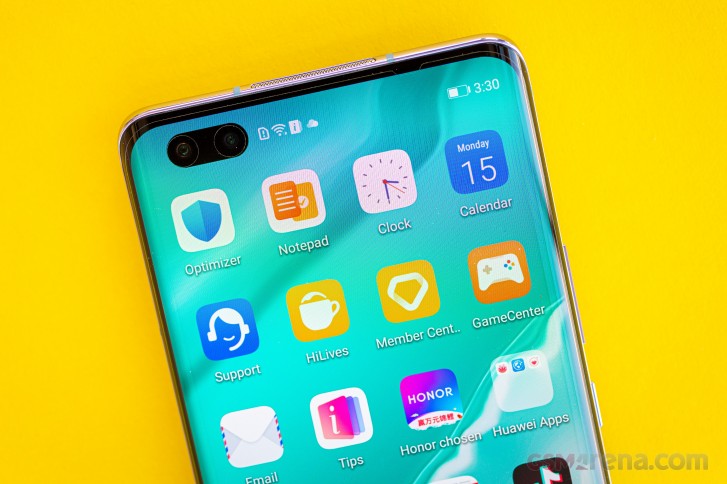 The bezels aren't the thinnest ones around either but are far from being obtrusive. Also, the top and bottom ones seem symmetrical giving the phone a bit more "complete look" if we can call it that. 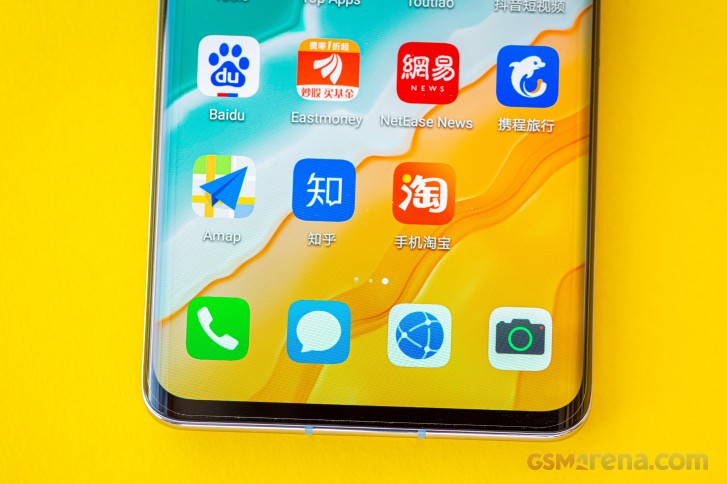 Going around the sides reveals unusual frame design. It's made of aluminum with a glossy finish in line with the back paint job, but it's so thin to the sides that it widens a little to make room for the power button and the volume rocker on the right side, which by the way, are conveniently placed within thumb's reach. The bottom and top sides of the frame are slightly concaved giving the phone a more distinct look. The bottom houses one of the speaker grilles along with the USB-C connector and the SIM card tray. The top is where the IR blaster is located. 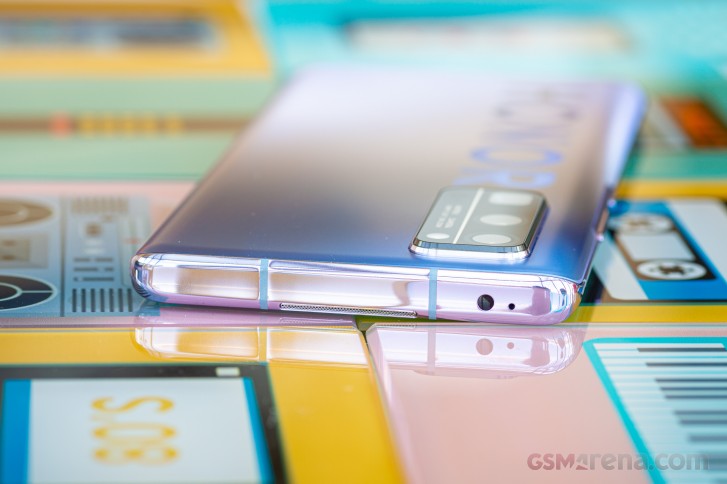 Overall, we liked the phone how it feels. It departs from thе slightly cheap-ish feel and looks from the previous generations, probably due to the addition of frosted glass, well-designed frame, and curved OLED. It reminds us of the P40 Pro-series mostly because of the punch-hole, the curved display and the camera arrangement on the back. There's also a bit of weight to it and feels heftier than the 190g probably because of all that hardware at the top of the phone. It's definitely top-heavy, and we blame the camera modules for that. All five sensors (including the ones on the front) and two of them particularly big - 5x periscope telephoto camera and a huge 50MP sensor. Still, it's a typical glass sandwich phone, so it's slippery, and it's big enough to categorize it as unwieldy. So using a case might not be such a bad idea.

That means you're new to smartphone, if you can't do without play store

Forget it. No matter how good this phone, it's only trash without Google.