After the Honor 30S went official last week, the Huawei sub-brand is expected to introduce its flagship offerings for the 30 series on April 15 - the Honor 30 and 30 Pro. The top of the line Pro model was spotted in a Geekbench listing, which confirmed the phone will be powered by the flagship Kirin 990 5G chipset.

The phone was spotted with the EBG-AN00 model number which corresponds to previous listings and managed 3,876 points on the single-core score and 12,571 on the multi-core department. We also see it will come with the Kirin 990 5G SoC which has a base frequency of 1.95Ghz. The phone is also coupled with 8GB RAM and the phone is running on Android 10, presumably with Magic UI 3.1 on top. Meanwhile a different report suggests that the vanilla Honor 30 will launch with the upcoming Kirin 985 SoC. That chipset is yet to be officially announced, but it's expected to arrive with an integrated 5G modem and be built on the EUV process. It will likely be a step behind the 990 in terms of CPU and GPU speeds, but going by the naming we don't expect huge differences. 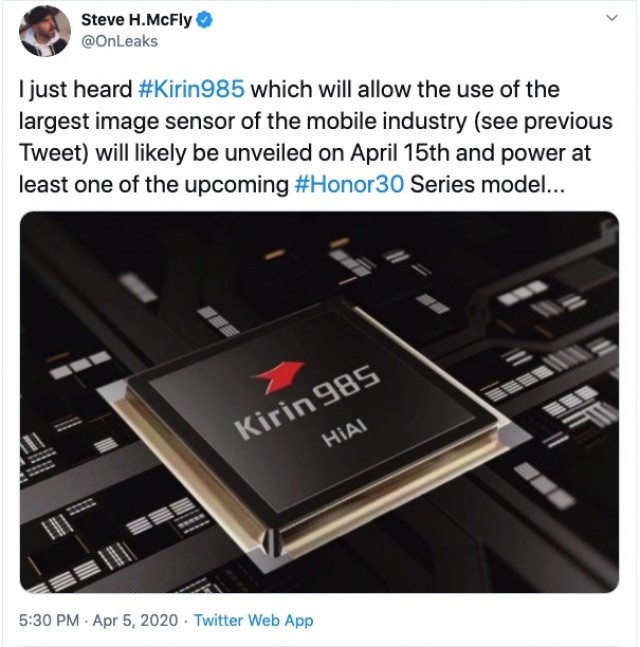 We recently learned that both the Honor 30 and the Pro variant will come with a 50MP Sony IMX700 main camera alongside three other shooters including a periscope module. We’ll surely see more teasers for the Honor 30 series before the launch event so stay tuned. 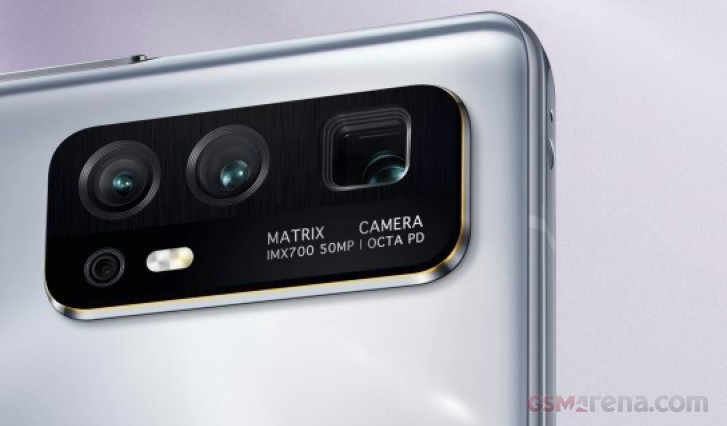