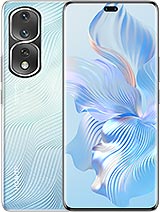 David 040882, 24 Nov 2022Right, I didn't mean that you should be angry or anyth... moreI mean, give the 200 mp cam to google and they'd whip up something crazy. The 12T Pro's cam is pretty good, it has a large aperture and a pretty big sensor, it's bigger than both the iPhone 14 pro and S22 Ultra's. It's just that their processing takes them farther. Pretty sure the S23 Ultra would take ages to take a shot because the shutter lag on the s22 ultra is already kinda bad lmao

Iphoneking, 23 Nov 2022I have iphone 8 And when my friend came with an android, na... moreLook, as much as i love iPhone and Apple this is a clear bs.
You can't compare phones 5 years apart, especially because S22 Ultra is not even a year old. iPhone 8 is comparable to Galaxy S8 which was introduced the same year as iPhone 8, the difference is that iPhone 8 is a very very stable device even after 5 years, while S8 is probably at the border of its life.

CptPower, 24 Nov 2022&but 160 or 200 Mpix camera is or should be a lot bette... moreRight, I didn't mean that you should be angry or anything like that. I said it sarcastically. Most people are pretty angry or annoyed at these 2MP trash, but if you promised yourself not to get too angry then there's nothing wrong with that. Anywho, about the 200MP cams, they should be better but their not. They're a gimmick

David 040882, 24 Nov 2022Only a bit? I mean the 2MP cameras are absolute nonsense an... more&but 160 or 200 Mpix camera is or should be a lot better than 50 or 64 Mpix.
And since i dont know how to be angry or rude or mad yes it makes me feel angry but only a little bit.
I am a very special kind of person which once long time ago forced my self and prohibited my self to never ever be rude angry or mad no matter what. Its a very long story.
But since one special day in my life i keep my promise my oath to my self

Iphoneking, 23 Nov 2022I have iphone 8 And when my friend came with an android, na... moreConfidently saying rubbishh

No sd card, no radio, no 3.5mm audio jack. Is this supposed to be a joke? NEXT PHONE PLEASE!

notch is the copy of iPhone 14 Pro

CptPower, 23 Nov 2022Everything looks great but why the hell 160 Mpix is support... moreOnly a bit? I mean the 2MP cameras are absolute nonsense and good for nothing. Where is the telephoto camera? No one has ever heard of it since the 30 series. I guess that's the price you pay besides the $400, you want a 160MP or 200MP camera, (which actually aren't any better than a 50MP or 64MP) then you'll have to sacrifice the telephoto.

Why usb 2.0 when usb 4 is already released

The 80 SE, 80 and 80 pro have such different designs that you wouldn't say they're from the same series

Cute cameras... But who knows what's hidden inside this cuteness

NeonHD, 23 Nov 2022Huh? The notch wasn't introduced by huawei, it was int... moreessential phone ph 1 which introduced may 2017 was the first phone to have a notch

Mike, 23 Nov 2022Honor(huawei) is not copied Iphone....they just used what t... moreHuh? The notch wasn't introduced by huawei, it was introduced by Apple in Nov 2017 on the iPhone X. The notch is infamously an apple thing, not sure how you could overlook the iPhone X.

Also, while you're right that huawei had the pill cutout long before apple (and so did other android OEMs), they DID however copy the placement of it. Had any Android OEM placed the pill in the center before? I don't think so.

Super Android 22, 23 Nov 2022"it seems Honor can't implement OIS and telephoto... moreI have iphone 8 And when my friend came with an android, namely samsueng s22 ultra, he was surprised to find that the iPhone 8 is much better at managing internal ram memory and games for 2022 even though and he was surprised that software updates will still continue even though it has been 6 years whether android can??? And imagine that the 2017 smartphone is much more powerful than the 2022 smartphone, hhh because smart people know THE NAME IS IPHONE

Super Android 22, 23 Nov 2022You realise older Huawei and honor phones have pill shape c... moreIphone copy samsueng or hiaweeii??? That's different iphone not dual camera iphone notch is complex coz not only camera, remember samsueng mock iPhone without charger But after that, samsueng licked their spit and went the apple way, and still remember apple took out apple jam all android followed apple, and later apple released the latest features again surely all android UTI, you know the king?? Well apple is king he knows how to organize his people to FOLLOW him

Hope this device will come to Malaysia with 512gb