The Honor 80 series is due to launch next Wednesday on November 23 and we now get confirmation that the vanilla model will debut a yet-to-be-announced 7-series chipset from Qualcomm. Honor 80 will be equipped with the Snapdragon 782G chipset which will likely be announced at this week’s Snapdragon summit. 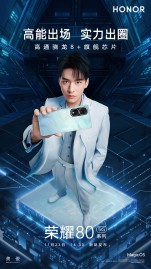 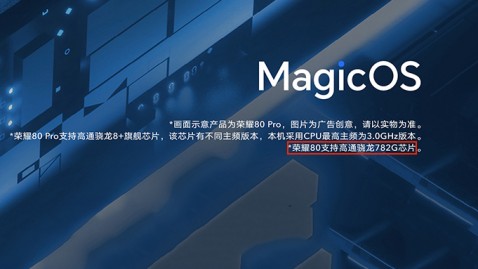 Honor 80 Pro will stick to the Snapdragon 8+ Gen 1 chipset as expected. The new Honor phones will launch with Honor’s Magic OS which will succeed Magic UI. Honor 80 should bring a 64MP main camera while the 80 Pro+ is expected to bing a 200MP main shooter. Honor is also expected to announce an Honor 80 SE at next week’s event.

782g??? I heard qualcomm going with different name schemes like g1s and so....