We've been seeing some rumors about Huawei's upcoming Honor 8X smartphone for some time now, so finally, Honor broke the silence and released a teaser poster on Weibo announcing September 5 as the official launch date. It even went ahead and told us that the handset will come in two variants named 8X and 8X Max. The latter will offer bigger screen, course. 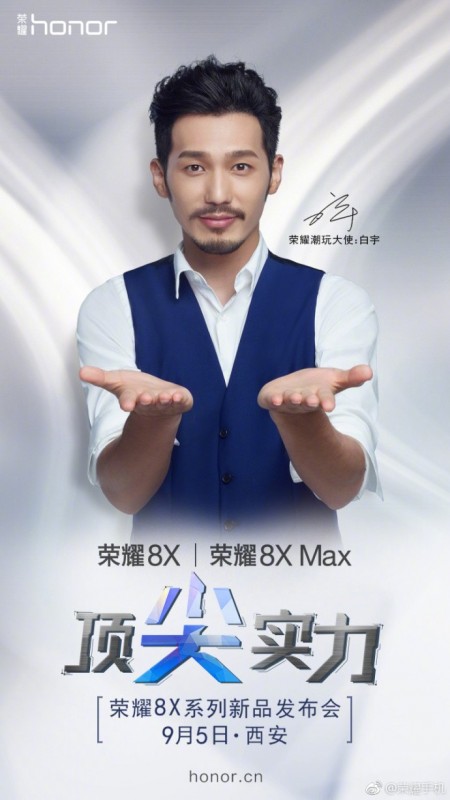 Rumor has it the Honor 8X Max will boast a 7.12-inch screen. The TENAA listing revealed the salient specs and we've seen some photos of the rumored device touting its massive screen and also the retail boxes.

The Honor 8X duo aims to be a budget alternative to the recently announced Honor Note 10 if you are love a the big screen, but not Note 10's price.

It won't be. Xaiomi and Huawei both can't figure out the world is larger than China and India. It won't work in Europe , South America, Africa (for LTE) or the Middle East either. Poor LTE support all around.

Absolutely! While I'm not a fan of the monster sized screens, if the 8x can stick with the 7x's bang for the buck it'll be another hit. Assuming the Commander and Cheetos doesn't have his way and block them entirely.

this will definitely be a good one