Just like the Huawei P10, the Honor 9 features a dual camera setup, which consists of a 20MP monochrome sensor and a 12MP RGB one, each of these behind its own 27mm-equiv. f/2.2 aperture lens. There is also a dual-tone LED flash. 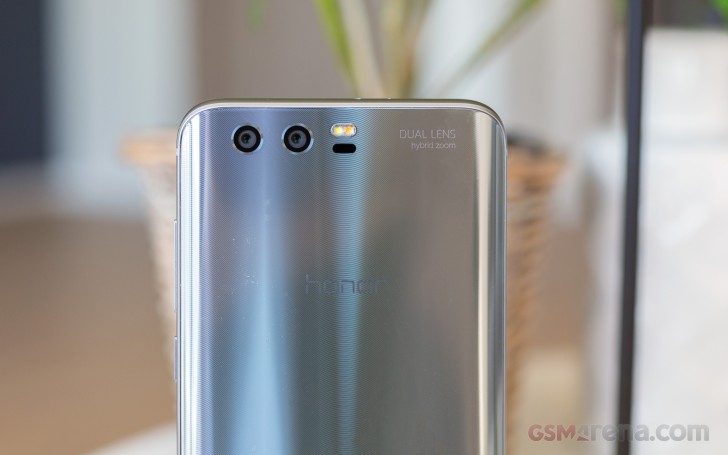 This is the same camera setup we saw on the Huawei P10 and Mate 9, minus the Leica branding. This means you won't be getting the proprietary Vivid and Smooth film modes. Manual monochrome mode is not available just like on previous Honors - it is reserved only for the P series, but this is a silver lining we are happy to live with.

While the 20MP and 12MP resolutions don't match, the engineers have come up with an ingenious solution of how to use them and the snappers work just fine in the hybrid modes.

When you're shooting color, the Honor 9 blends the footage from the monochrome camera with the one from the RGB camera with the goal being, you guessed it, to produce better images. The high-res 20MP monochrome camera records luminance data as reportedly, that's where most of the fine detail is, while the lower-res 12MP camera provides the color to go with the detail. That way you can opt for 20MP color photos, a big leap from the 12MP default resolution.

In addition to the Variable Aperture effects, the Honor 9 camera supports Portrait Mode, which combines the Variable Aperture bokeh affect with Beautification, and should offer some nice Portrait shots with bokeh effects. The selfie snapper has been upgraded with f/2.0 lens, and while there isn't a second sensor, Huawei has found a way to create bokeh here as well.

Finally, Huawei introduces Live Photos with this new iteration of the Huawei camera app - it's a short 3s video taken shortly before you've hit the shutter, and it plays when you tap and hold on the image - no 3D Touch required.

The camera interface takes a bit of getting used to, as we've previously noted. There are two panes with options that can be evoked from the left and the right edge of the viewfinder. The left one brings forward the mode selector, while the menu coming from the right edge is the settings menu. The two panes don't just slide out with a simple swipe; you need to practically pull them through half the screen for them to stick, which doesn't always happen on the first try, particularly in landscape.

There's also the added convenience of having to flip back and forth between these panes for selecting resolution and color mode. Say, for example, that you like to shoot 20MP monochrome and 12MP color images to use both cameras in their native resolution (to the extent that you get control over that, in the first place). Well, going from 20MP mono to 12MP color requires a switch to color on the left and then, to 12MP on the right.

Also, for a phone with a dedicated 20MP monochrome camera, you'd expect the Honor 9 to have a prominent switch to go to black&white capture straight from the viewfinder, but no - it's a shooting mode in the left pane. Instead, the shortcuts that are constantly visible in the viewfinder are Variable aperture mode, Portrait mode, Live Picture, Flash switch, and the selfie camera switch.

The Honor 9's photos haven't improved since the P10 series, but that's to be expected and they were pretty great anyway. The colors are vibrant, but stay true to life as possible. Detail is abundant, and textures are rendered in a very natural way, but ultimately the 20MP color images don't match the 20MP monochrome ones for high-intricacy subject resolution. For a while there we thought it was as simple as blending 12MP color on top of the 20MP detail, but apparently, it's more complicated than that.

Dynamic range in color images is striking, but it's even better in the monochrome photos. We suspect some auto HDR trickery is involved here. We noticed a comment saying "hdr" within the EXIF in some pictures, even though we didn't use HDR. Then again, those who lacked the "hdr" mention in the EXIF, were just as good.

The 12MP color samples are great - there is plenty of detail, little noise, accurate colors, wide dynamic range, and the sharpening hasn't been overdone. The native 12MP images are really good.

The 20MP hybrid samples can't benefit from more detail, and they clearly look as upsampled from 12MP. They do share all other benefits from the native 12MP ones, though. Since you can't extract more detail with those high-res pictures, we doubt anyone will use this mode that much.

The monochrome 20MP images came with plenty of resolved detail, but there is not that much more detail than in the 12MP color ones. They have superb contrast, low amount of noise, and great dynamic range - especially in the shadows. Those are perfect for dramatic effects and creative street photography but you really need to pick the right subject for them to shine.

Be careful though - the monochrome camera on the Honor 9 isn't as good at getting accurate focus as other Huawei models. It failed in about 20 percent of the scenes, which is a lot. A tap or two on the object eventually will make the camera get the proper focus.

As we mentioned before, there is some automatic HDR applied when needed, so the manual HDR is pretty much of no use, no matter the occasion. And that's okay with us.

HDR off • HDR off (different exposure) • HDR on

The Honor 9 camera is also advertised for its zoom prowess - 2x optical zoom. It's facilitated by those multiple frames that the camera captures all the time, which give it more data to work with than what you'd get from a single 12MP shot (or 20MP).

As for image quality when zoomed in - the 2x the pictures are excellent with little to no loss in detail. Zoom any further than that (up to 10x), and image quality would quickly go south.

You can check how the 12MP RGB camera stacks against the Honor 8 and the P10's. 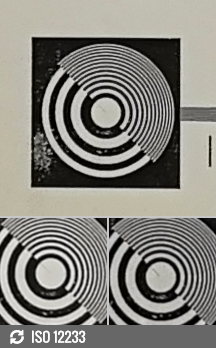 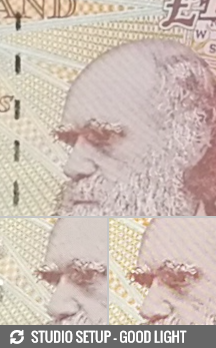 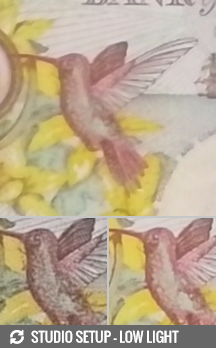 Honor 9 vs. Honor 8 vs. Huawei P10 in our photo compare tool

You could also use our tool to compare the monochrome camera and the 20MP hybrid samples, if you like.

It is really amazing, battery life is way better compare to other phones with similar capacity.

I truly salute the Huawei Honor for this phone..., aside all the superb features for an affordable phone like this; the 5.15 screen display is my most referneced feature. Camera is Super, Kirin 960 chipset, 6GB RAM... i just love this phone. i own on...

Is it cat 6 or cat 12? Because some other websites say that it has cat6