Huawei's online-only sub-brand has already announced its latest flagship smartphone, the Honor 9, in China. The company is also expected to hold a separate unveiling event for the same handset on June 27 in Berlin. This will introduce the Honor 9 to Europe.

We've already seen pre-orders for the phone popping up in Finland starting at 499€, and now it's time for the UK to join the fray. Amazon's local subsidiary has started taking pre-orders for the Honor 9. The device is priced at £379.99 in its entry-level configuration that comes with 4GB of RAM and 64GB of built-in storage. 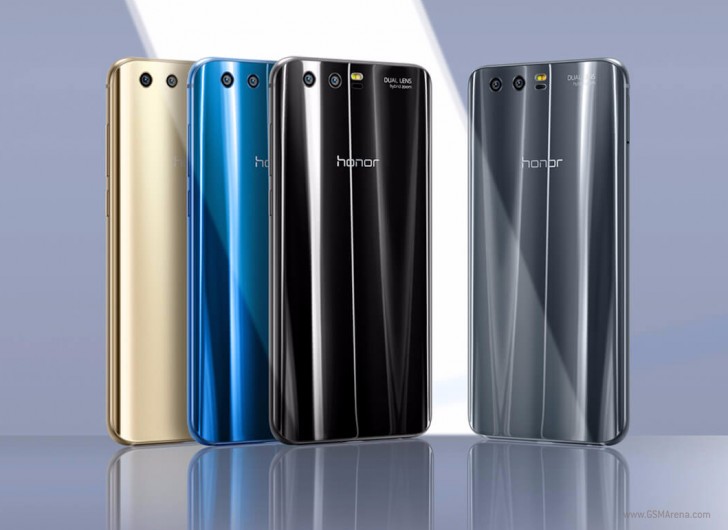 You should obviously expect higher-specced iterations (with 6GB of RAM and/or 128GB of storage) to be more expensive - that is, if they will even be offered in all markets. It wouldn't be surprising if they were confined to certain countries only. Anyway, all of that information should be revealed in just five days, so stay tuned.

What Amazon's listing doesn't give us is any idea of when the Honor 9 will start shipping, but that will clearly take place at some point after June 27.

Thanks for the tip, Matt!

Huawei says it sold more smartphones than Apple in December

Top specs, headphone jack, NFC, okay-ish battery, microSD slot, IR blaster, all for much less than an OP5? Yes please! I'll even grit my teeth and live with EMUI

IR is great and all, but it's becoming outdated. The sooner HDMI CEC takes over, the better imo

never again huawei after having the p9 plus for 2 weeks