Honor 9 might be announced on June 27 after all, at least for Europe 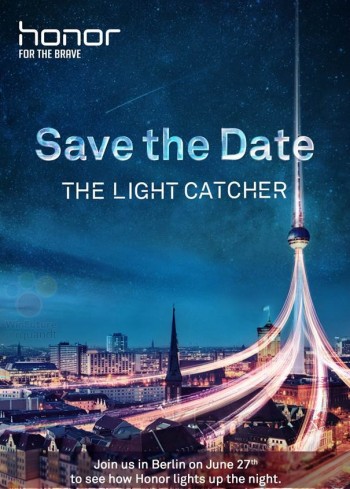 Huawei's online-only sub-brand is almost ready to launch its latest flagship smartphone, the Honor 9. This should serve as the successor to the Honor 8 from 2016, and we've recently heard a rumor saying it would become official either on June 20 or June 21.

While that may still be the case for China, the European launch could in fact be a separate event. And the invite for this has just been outed today. You can see it to the left. It clearly announces an important Honor-related unveiling as taking place on June 27 in Berlin, Germany. Hence why we speculate that this is when the Honor 9 will be introduced in Europe.

The phone should "light up the night", according to Huawei, which makes us think there will be improvements to low-light photography compared to its predecessor.