Well, here is a surprise - amid the US debacle Huawei somehow managed to launch a new phone with all Google services present and working. We are talking about the Honor 9X - a very anticipated sequel to the bestselling Honor 8X - a mid-ranger that shipped in 15 million units to date.

The Honor 9X seems like a meaningful upgrade over the 8X - there is a larger and notch-free screen, a new triple-camera on the back, a beefier battery, and the captivating glass design stays for another generation. 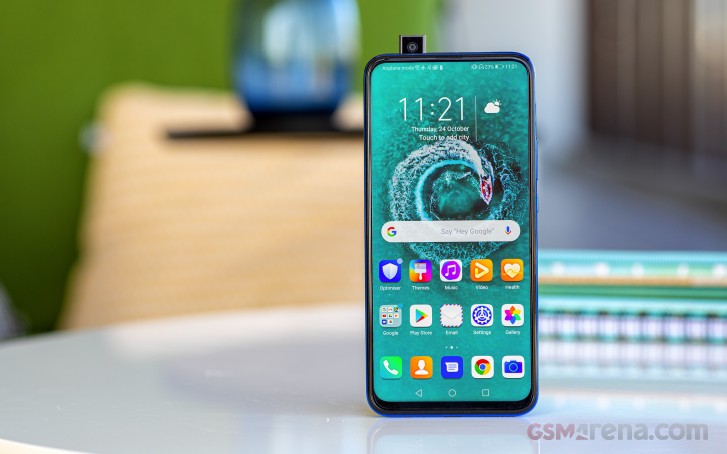 Taking a closer look at the Honor 9X, we were surprised to find out that it is identical to the popular Huawei P Smart Z (except for the cameras) and even bears the same model number - STK-LX1. It appears that Huawei has swapped the camera on the back and is selling it as a new device under the Honor brand. And this might be the answer how the Honor 9X got its certification from Google - it auto reports itself as the P Smart Z, which was released before the US ban on Huawei. 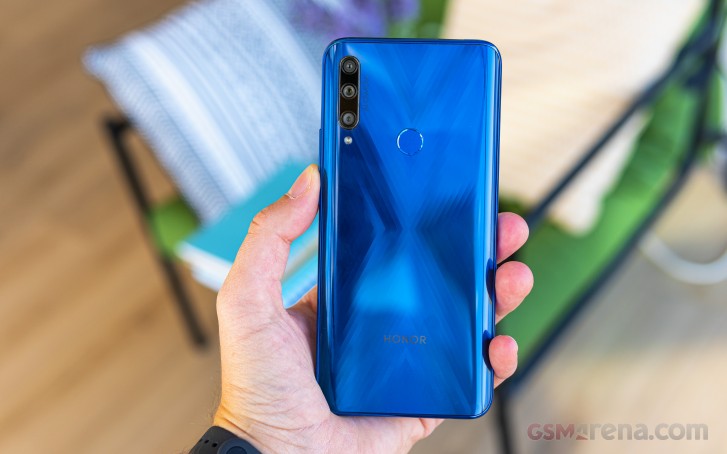 Huawei has a habit of launching the same device under different names for various marketing reasons. So selling a slightly modified version of P Smart Z as Honor 9X is nothing unseen, but it's for the first time we see an Honor device bear the model name and number of a Huawei device. This is not an issue usability-wise, but you should know that all Google apps will recognize this device as P Smart Z instead.

Slightly different Honor 9X and 9X Pro models exist in China - those are sold there with the Kirin 810 chips and side-mounted fingerprint scanners. The international 9X model we see here has the same camera arrangement as the Chinese 9X Pro. The Chinese Honor 9X lacks an ultrawide shooter.

Despite this case of confused identity, the Honor 9X looks very promising, so let's see what's inside the box!

The Honor 9X comes in a regular-sized paper box, and its retail bundle contains the basics - a 10W charger, a USB-C cable, and a transparent silicone case. 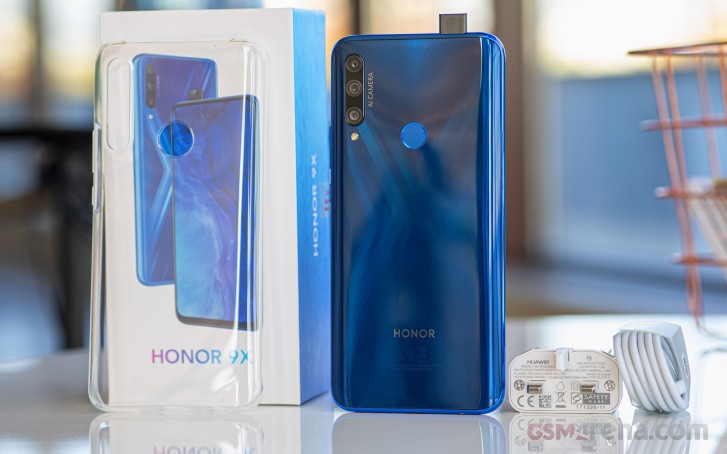 Our Honor 9X also has a factory-applied screen protector, and we suspect most, if not all, Honor 9X phones should come with one, too.

Huawei has a habit of launching the same device under different names for various marketing reasons. So selling a slightly modified version of P Smart Z as Honor 9X is nothing unseen, but it's for the first time we see an Honor device bear the m...

Its this problem only with my phone when i make a video with my back camera the video is croped and when i want to see is all in little cubes and if the video is 30 sec i can see only 5 sec and after that i cant see anything :/