Last Wednesday India celebrated the festival of light Diwali and many retailers jumped on the festive hype train, launching all kinds of promos. Honor sold over 1 million devices achieving over 300% growth, compared to last year.

On November 11 there was another holiday, this time in China - Singles’ Day (you know, because of 11.11). The Huawei subsidiary managed to reach the top sales spot for smartphone brands both at JD.com and Tmall.com, two of the major Chinese retailers. 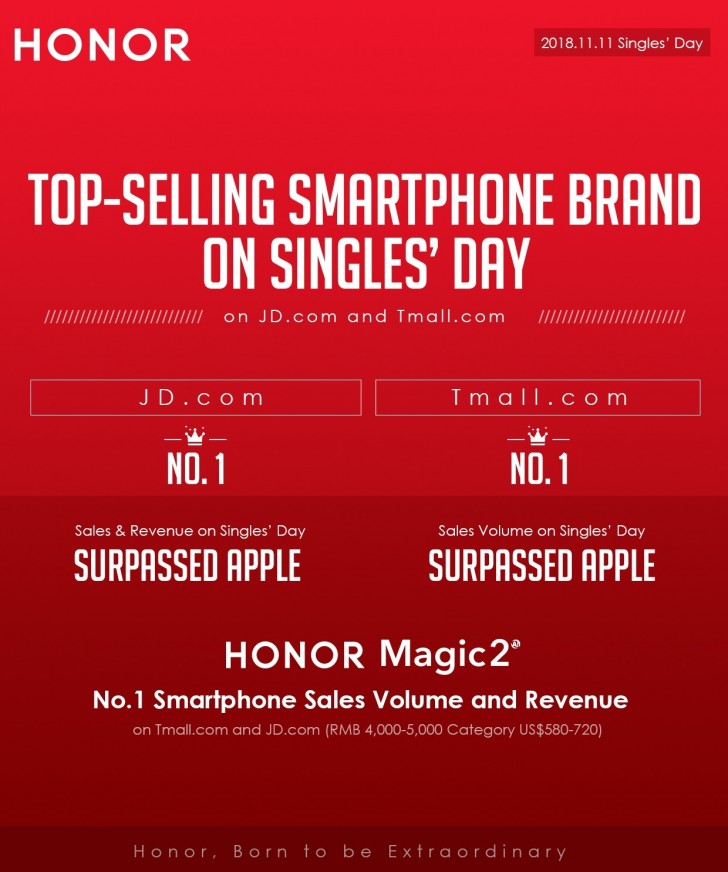 One of the major accomplishments that Honor achieved was that it surpassed Apple both in sales and revenue on Singles’ Day. Since the subsidiary is relying heavily on online positioning and sales, no wonder it managed to grab the top spot in all the following categories:

On top of that, the newly unveiled Honor Magic 2 was the best selling device both in units and revenue at the two retailers. Of course, such a flagship can’t compete with cheaper devices and Honor duly clarified the phone was first in the price category between $580 and $720 (CNY4,000-CNY5,000).

Honor 10 Lite to arrive on November 21

Then perhaps this is a new holiday

Apple was #1 on Alibaba sites