The Honor Magic4 Lite is absolutely in line with its flagship siblings, at least when it comes to appearance. The Magic4 series is also strongly reminiscent of the Huawei Mate 40 family's iconic circular camera module.

As you would expect, however, the Lite option doesn't impress with premium materials. The back plate is most certainly plastic, and so is the frame. We have the Titanium Silver color, but since it's a gradient paint job, colors change under the right angle. Fingerprints do stick but are visible only when the light shines directly onto the surface. 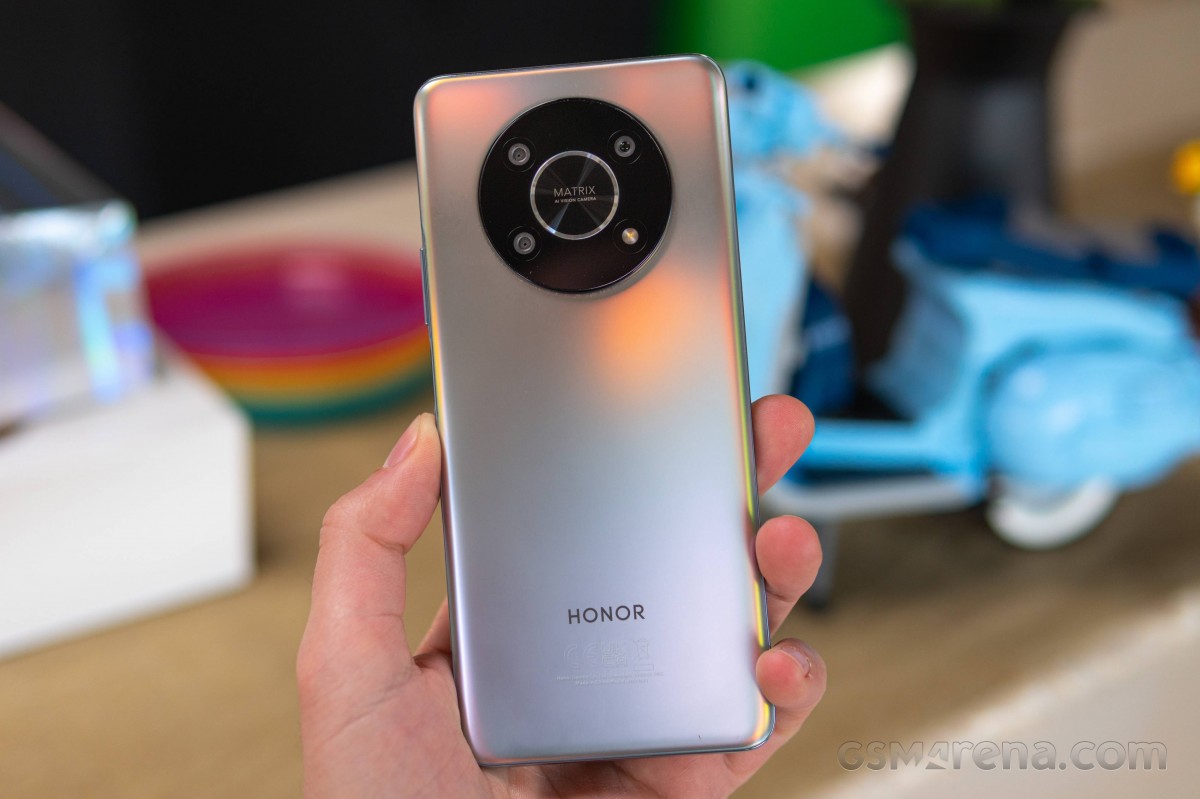 Despite the bulky camera piece, the handset doesn't wobble when placed on a flat surface, but it does appear to be top-heavy. And you can definitely feel the undistributed weight. On the other hand, the device weighs just 189 grams, which is pretty light for a 6.81-inch phone. 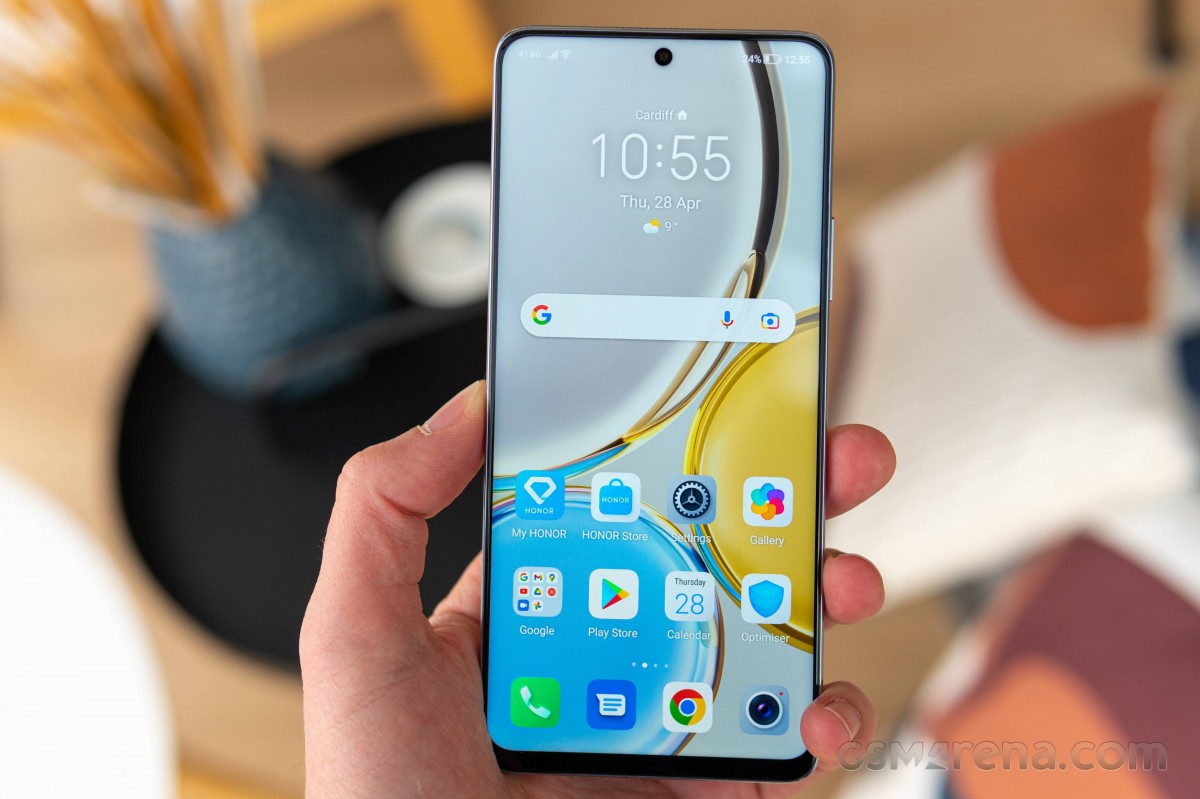 The curved sides help with the overall grip, and the frosted back finish doesn't feel too slippery. The front glass panel and the rear one transition seamlessly into the side frame without forming any unwanted ridges. Feels pleasant in hand, that's for sure. 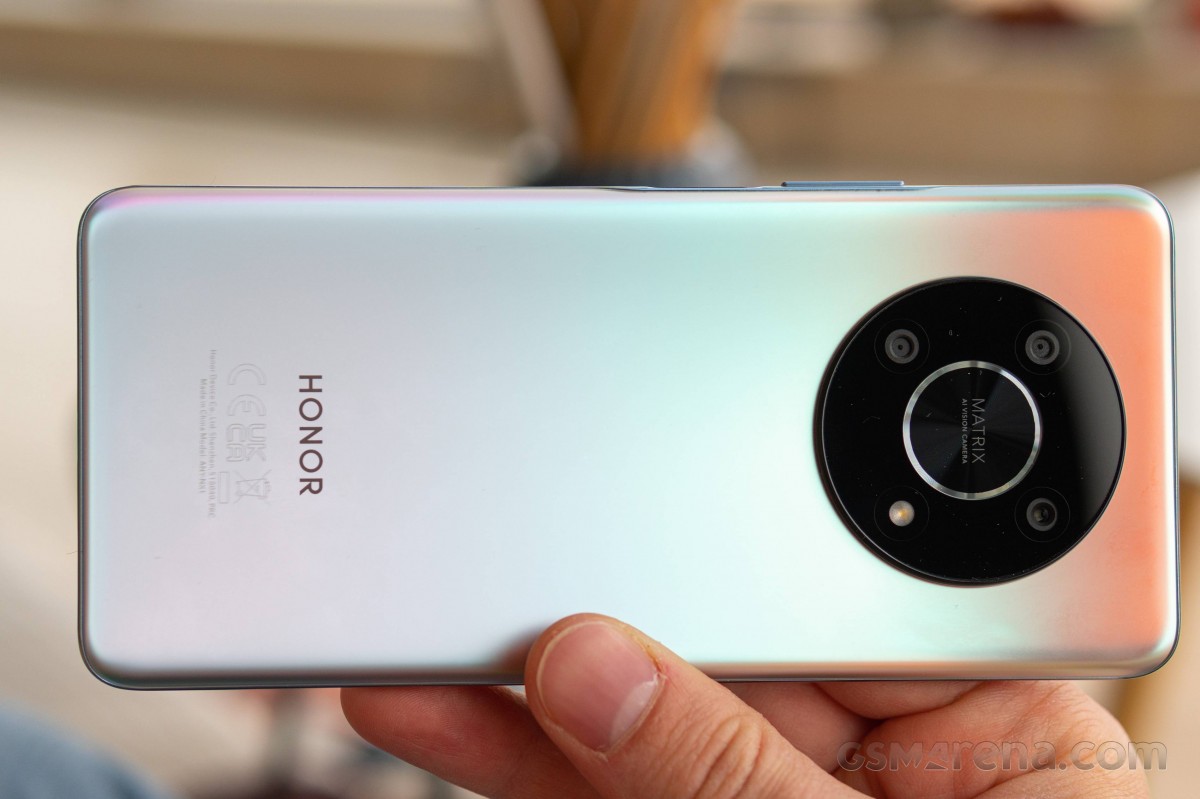 The button placement isn't ideal, though. The power button that doubles as a fingerprint reader is a bit high up the frame, while the volume rocker is barely reachable.

And it's been a while since we've had to complain about the power key lacking tactile feedback and travel. It feels stiff and leaves us wondering whether we pressed it or not. 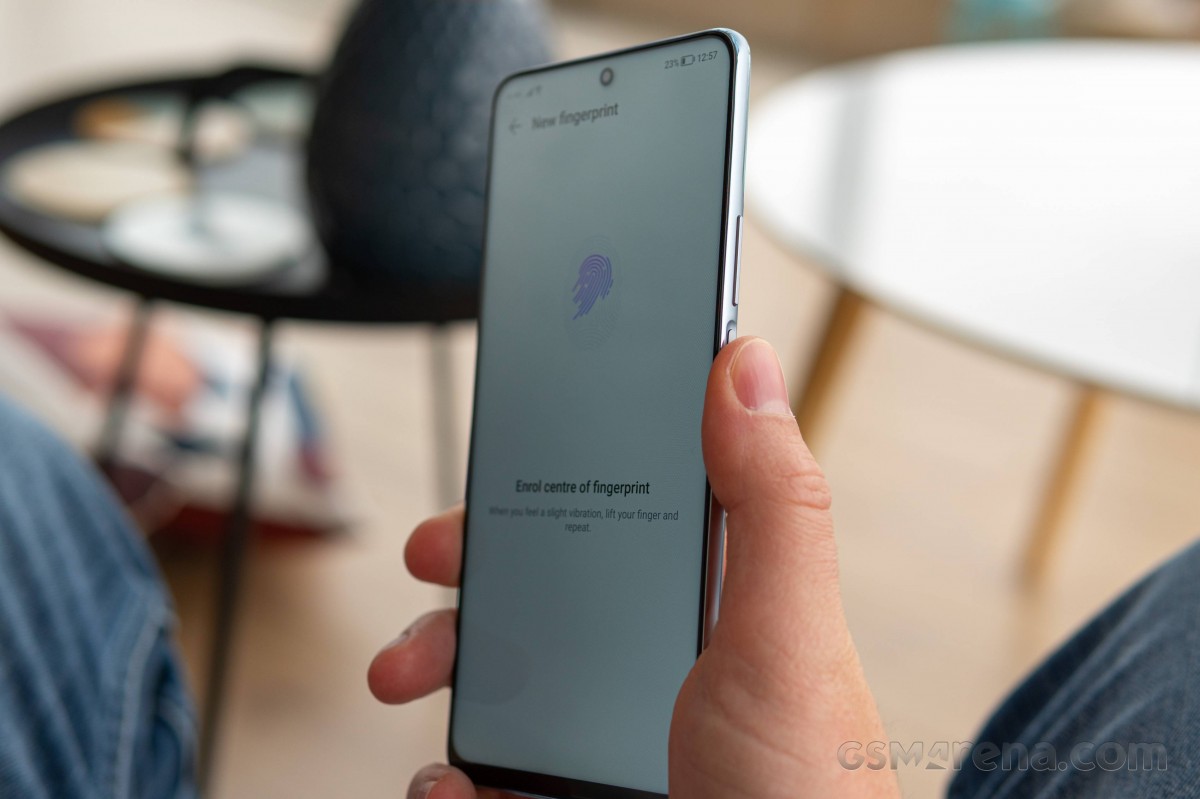 The bottom houses the USB-C connector, the dual SIM card tray and the loudspeaker grille.

The top side of the frame accommodates a speaker grille of its own, but this one only acts as an earpiece.

This has allowed Honor to trim the top bezel a bit more and to achieve a striking symmetry between the side ones and the top one. The chin is still a bit thicker, but that's expected. 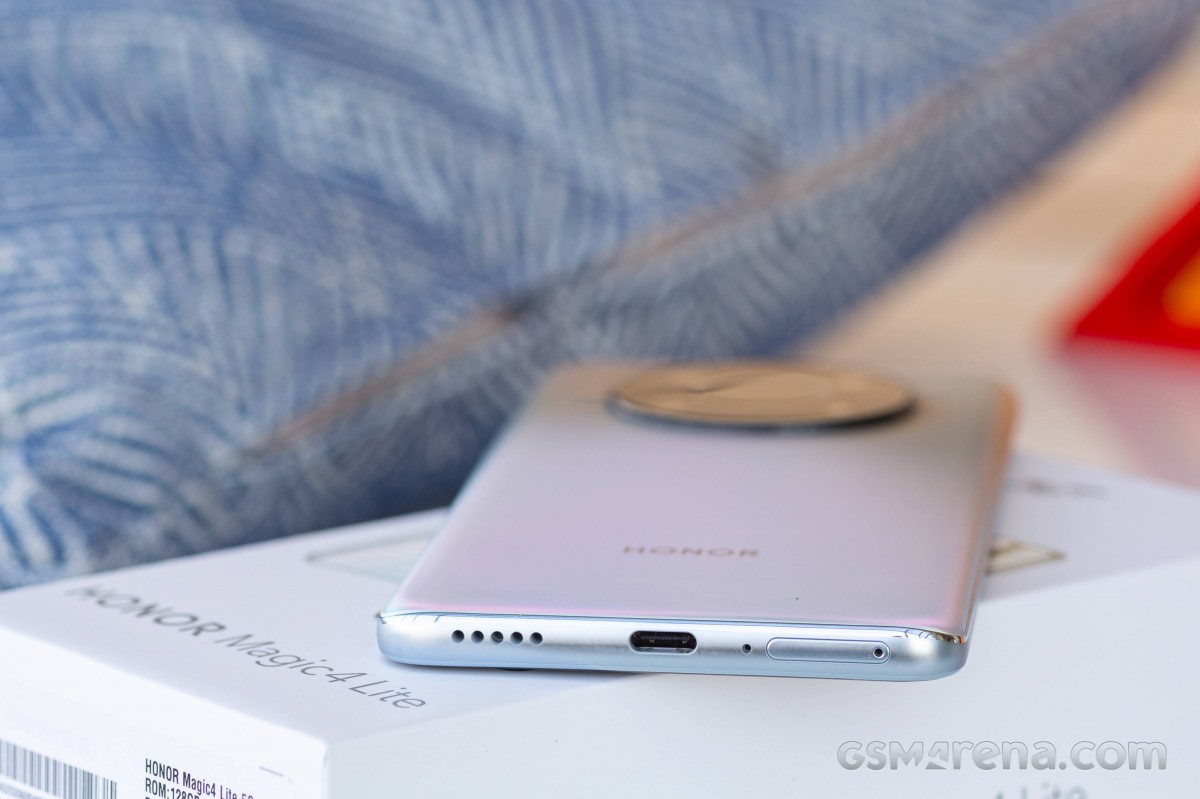 The Magic4 Lite is a big phone; there are no two ways about that. The large screen and the light weight means it may be harder to handle at times than a smaller phone, but that's expected, and it's fine.

This explains the screen on 11T Pro, many people said it has a similar issue but I did not notice it.

Generic on the front, Nokia on the back