The Honor Magic 2 3D will add a structured light 3D scanner to the formula of the original Honor Magic 2, which already had two 2MP depth sensors on the front in addition to the 16MP selfie camera.

The 3D scanner will track 10,000 points and, unlike the depth sensors, will work even in the dark. The extra biometric security that it offers will be used to guard AliPay, Alibaba’s mobile payment platform (currently the largest of its kind).

The Honor Magic 2 3D will use the same Kirin 980 chipset, but the addition of a graphene cooling pad will help it maintain its performance for longer periods. 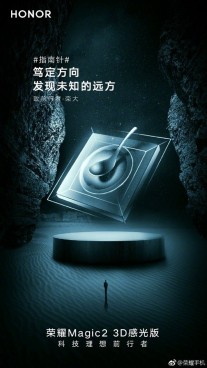 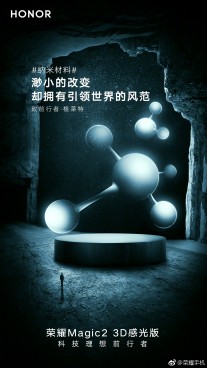 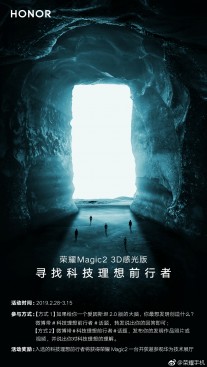 The 3D model will keep the slider design, obviously, as well as the 3,500mAh battery with 40W fast charging. The 3D sensor, graphene cooling and larger storage are the major changes. The new model should look identical for the most part.

The phone was originally scheduled to launch in December (the Magic 2 itself came out in November), but there was a delay. Anyway, you have a chance to win a unit if you participate in Honor’s competition. You can either answer the question “If you had Einstein’s brain, what would you most like to invent” or post on Weibo about your favorite inventions and technologies.

This promo will run until March 15, presumably that’s when the phone will be released.

Our Honor Magic 2 video review is up

What sort of revolutionary innovation is that going to do for camera use?

its a 3D scanner (in the camera setup), just for focusing the photos. nothing displays in 3D

Huawei is a big innovator