Honor Magic 2 was teased with a 3D scanner on Weibo last week. The updated phone will be launched on March 7, the company CEO has confirmed on the Chinese social media. The announcement was made during a presentation of a book on the accomplishments Honor made since its launch as a brand. 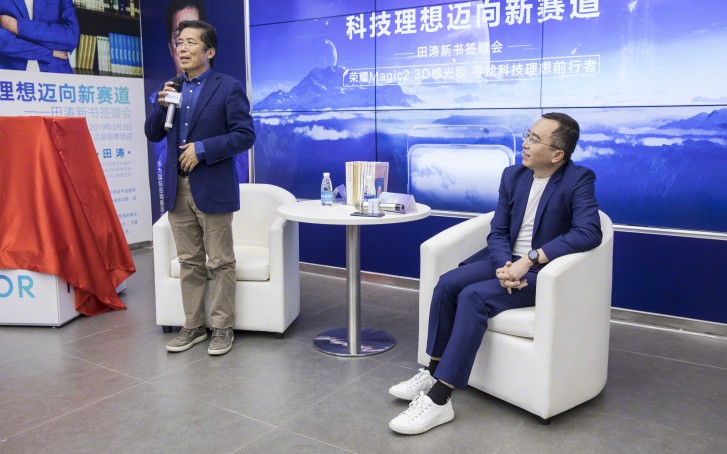 George Zhao (sitting), and Honor Magic 2 3D on the screen behind him

George Zhao, Honor CEO, posted plenty of photos from the event, along with a slide on the back, clearly saying Honor Magic 2 3D. The device is expected to keep its slider mechanism and Kirin 980 chipset, but this time the SoC will come with graphene cooling pad to keep the high-performance rates for extended periods.

Apparently, they've added 3d sensor as well as graphene cooling system to it.

So, what does this 3D variant can do?

I really hoped that they release this phone on global scale instead on keeping this phone only for china market. There's no use bragging bout how good your tech are if only one region can benefit from it (like the early version of honor magic 2)...