Honor to launch 4 new devices on May 23

Earlier today Honor sent out press invites for an upcoming May 23 event where four new devices will be launched. The invite, starring a joyful student divided between the choice of football field or the classroom, roughly reads “4 new devices, built for fun and party”, implying they will be in the affordable spectrum. 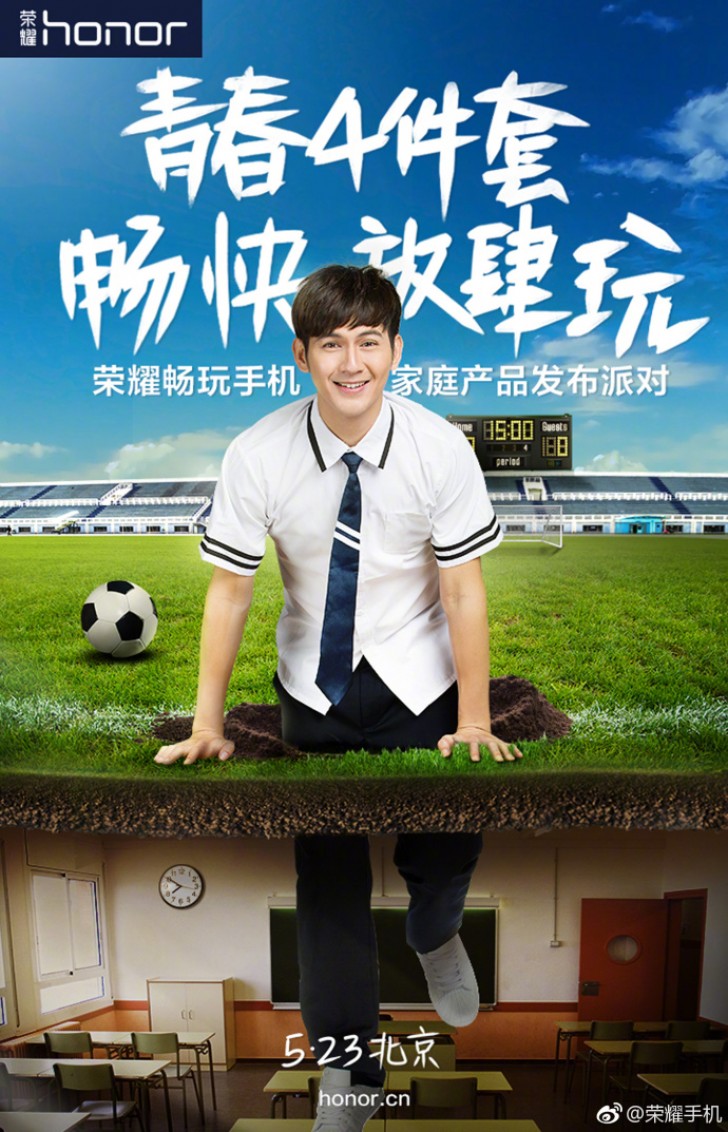 The image also says the phones released will be good for one-handed mobile gaming but will also be good enough for the classroom, or at least that's what we could gather from the machine translation.

One of the phones we could see is the Honor 6A that might be a more affordable version of the Honor 6C. Everyone is expecting the Huawei subsidiary to launch the next flagship the Honor 9 and while a European launch was confirmed for June 27, the 9 might make an appearance at the Chinese event as well.

Honor 9 might be announced on June 27 after all, at least for Europe

Oh my god, A super sentai fan here and you to, looking forward to know you more Mavy Chan!

I may be clumsy like Doc (Gokai Green), not as cool as Joe (Gokai Blue) but I can be the Marvelous(Gokai Red) you're looking for senpai!!! Disclaimer: BIG BIG FAN of the Gokaiger series I got triggered on your username.