The Honor V10 was announced yesterday in China. The phone matches the Kirin 970 chipset and 6 gigs of RAM of the Mate 10 duo, so it's no wonder that it can deliver all the performance you need. Today the phone appeared on the Chinese benchmark AnTuTu, where it posted an impressive score of 165,587. 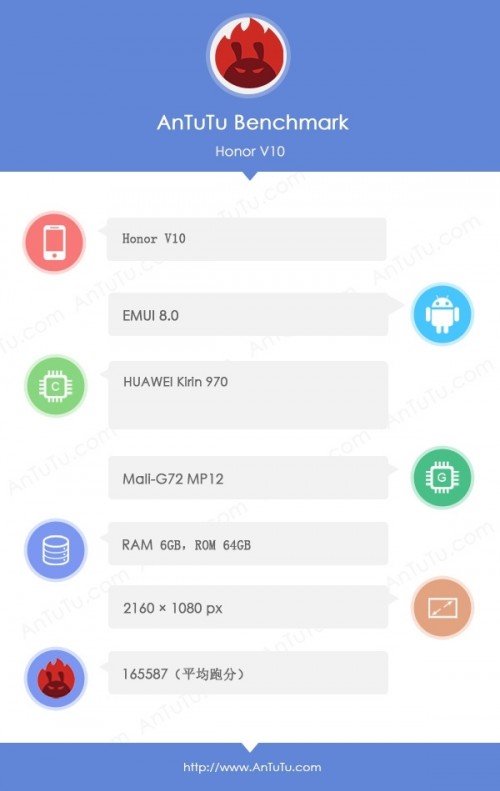 Huawei presented the Honor V10 in China, and on December 5 it will make its European debut.

Wow an Antutu Benchmark of 165587 is indeed a flagship mark. It all flagship phone that came last year and early this year and beaten may slagship phones as at now. Wow! This is really a phone to have. The camera is even almost same performer as th...

Lol. Yes, guys. "Be aware!" of a device that is not even sold yet based on its AnTuTu scores. Let's all jump into conclusions, shall we?