The V30 seems to be a cornerstone release in Honor's view. With the Kirin 990 chipset at its helm, it is spearheading the company 5G efforts. Of course, there is a lot to love beyond futuristic connectivity here, but we do have to stop and appreciate the important status of the V30 in its home market.

Also known as the Vera 30, likely in some play on the Latin for truth, the handset and the Kirin 990 5G, to be perfectly precise, bring support for both major 5G standards to the table. Without getting bogged down in too much detail, the currently popular NSA non-independent 5G networks work perfectly fine with Huawei's current flagship chipset and its built-in modem, but so do independent SA 5G networks. And the latter is the future since China Telecom, Unicom and Mobile will all be building SA infrastructure.

This, in itself, does entitle the Honor V30 to some early pioneer bragging rights, seeing how it is one of the few devices to sport the Kirin 990 5G and the first phone to do so outside Huawei's own brand lineup. In ideal, theoretical 5G conditions this could enable download speeds up to 2.3 Gbps and uploads up to 1.25 Gbps. Simultaneously, the new Balong modem can also seamlessly fall back to 4G, 3G and 2G networks, making it the current king of versatility. 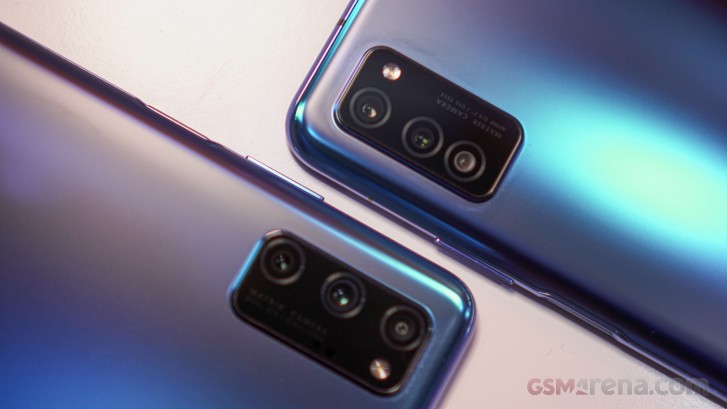 Just to clarify, this royal title is currently claimed by the Kirin 990 5G, which confusingly is not identical to the vanilla Kirin 990. It offers a more optimized 7nm+ EUV manufacturing process, a slightly higher clock speeds on some of its cores, one extra big NPU core and, of course, the 5G Balong modem.

The 5G chipset makes the new Honor V30 Pro the headliner of the duo of devices the company unveiled today. That said, what Honor did for the regular V30 is include the basic Kirin 990 chipset along with the Balong 5000 modem as an external component, so both models have the 5G feature. Of course, the differences between the two devices extend beyond the chipset and network connectivity, as well. The Pro gets a more potent camera setup on the back, as well as one extra depth camera sensor on the front.

The LCD is a little bit of a setback in the case of this Phone but not the end of the World. What i like is the kirin 990 and the separated balong 5000 chipset for 5g. This should be a better battery saving Option then a process or with integrat...