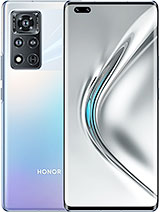 STE BRO 05, 19 Jan 2021Me, because what you said just sounds dramatic.Yo need to try to see or feel the difference. The sound will be like coming from Tin Can if you use USB C Earphone (there is not a single one I guess or at least not flat head). And same crap quality if you use adapter

The phones are for the people who buy them.

If you are not buying, good for you. Not all products are made to satisfy everyone.

Not strong enough... no stereo speakers.

STE BRO 05, 19 Jan 2021Me, because what you said just sounds dramatic.i even once told him to keep the adapter connected to the earphones so then he can just quickly plug it into his phone without any hassle, but since he does not want to listen and he goes on about BT's health risks like a k@reN, i gave up trying to tell him that adapters are a good solution. i have used adapters myself and they sound just the same... he is the male K@ReN

Don Hrle, 19 Jan 2021Nobody cares for 3.5 jack man/SD Card man....it's like... more>Nobody cares for 3.5 jack man/SD Card man....it's like demanding manual transmission in a car.
Terrible comparison. Also, phone companies are doing that so that you constantly have to pay even more money for either new phone or get more useless adapters. SD card/expansion card slots are removed so that companies can screw the customers with putting up even more storage limitations. 500 euros for a 128GB phone in 2021, especially with no memory card expansion is absolutely laughable and is severely lacking.
At this point, we should at least expect 512GB rom to be more of the norm, but no

The Camera really looks nice; The P40 camera for 500 euros? That's a steal if you ask me, epsecially since the Mate 40 and Pro ditched OIS.

Honor is already working on a 5G phone with a Snapdragon chip. If Qualcomm has been given the green light, I have no doubt Google can also jump along Qualcomm in providing GMS to new Honor phones

ALIENHACKER, 18 Jan 2021What do you want to do with a UFS 3.1?? nothing, im just saying that they might as well add it if they are adding all these great specs

Don Hrle, 19 Jan 2021Nobody cares for 3.5 jack man/SD Card man....it's like... moreThat is absolutely crap logic. 3.5mm Jack were there just 2-3 years ago and as soon as Apple stopped using it in their phone, all of a sudden it became 90s thing? How come? And ironically that still almost all companies are providing 3.5mm Jack but with the phone which are poor in quality, not even having HD Display, 2-4 GB RAM and some poor processor. Why don't they stop providing 3.5mm Jack in each and every device? Because they know that Billions of people still use them. And in my view, no 3.5mm Jack in the phone is similar to No Steering in the Car or No Display in the TV and only sound. BT is dangerous to the health. Though, these Mobile Phone Manufacturing companies, especially Apple, ensured that very limited research is done on the health risks of BT, still some research are done. Here are few eye-openers:

STE BRO 05, 18 Jan 20211. Is a person's choice and people typically like a la... moreUsing Adapter ruins the sound fully. it will sound like a Plastic or Tin Can. Then you carry Adapter and lose them every now and then and also buy 10 adapters if you have 10 Earphones. Who does that?Size is also big so not comfortable at all.

why do they give us all these great specs across the board and yet there is UFS 2.1 storage. i know it doesn't make much of a difference, but i mean, come on

Does it support GMS?