The delay in Honor V40’s launch was officially confirmed a few days ago, the phone is now scheduled to arrive on January 18. In the meantime, it did a round of Geekbench to flaunt the power of its MediaTek Dimensity 1000+ chipset.

The chipset will drive a 90Hz or 120Hz panel with the fastest touch sampling rate ever. The phone will support fast charging - 66W wired and 50W wireless.

There’s a bit of uncertainty about the exact specs as there are three V40 models on the way – vanilla, Pro and Pro+. Pre-registrations for the trio started last week (you can get a peek here, here and here) and official posters are already up in brick and mortar stores. 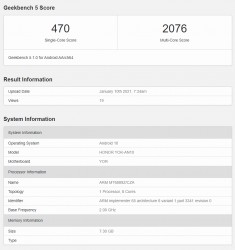 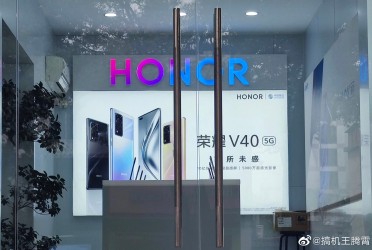 Anyway, the three V40 models will launch with Magic UI based on Android 10 as seen in benchmarks. This particular unit packs 8 GB of RAM, though expect other options to be available (especially on the Pro and Pro+ versions).

The Honor V40 trio – the first models to be launched by the newly independent brand – will be unveiled on Monday next week.

It's official: Honor V40 is coming on January 18

I found Honor 9X Pro, to be a great value for money product. I believe it was their first phone launched outside China without Google Mobile Services(GMS). So they kept the launch prices low, else nobody will buy them. Correct me if I am wrong, ...

In my country, the Philippines, the Honor 9X was the last phone they launched.

Ok lets see if it will have gms.