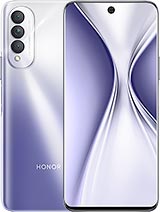 Right now, this phone sells for as low as USD $252 on AliExpress. For such specs and a sleek design, this is so worth the price. The bezels actually aren't THAT thin, but it's relatively thin compared to most.

It doesnt comes with google, and there are still a lot of bugs and not working features.
If you ask me, buy a Honor what has Google applications

SShreyas, 29 Aug 2021So, according to you, I should spam the comment sections of... moreDid I even tell you to spam in every comment section about what you like and don't like? Seems like you're spamming everywhere about why you don't like OLEDs in many OLED phones while saying that you don't have time and energy to do that. It seemed ironic that you don't like OLEDs but like the design of certain OLED phones and that's why I responded to your comment about having watery eyes.

P.s. Seems like you have misread my earlier response and you don't seem to know about less competitive markets as well which OLED phones are sold at higher prices.

Minu, 28 Aug 2021Oh, you should've mentioned earlier that you like them... moreSo, according to you, I should spam the comment sections of every article and devices available here on GSMArena telling people what my favourites are meant for?
Nope. I don't have that much time or energy.

SShreyas, 28 Aug 2021Lol. Do you exactly know what you're writing here? It&... moreOh, you should've mentioned earlier that you like them only for their designs. Otherwise it would feel ironic since some of them have OLEDs and not LCDs.

P.s.: OLED phones are sold at premium price points despite being a screen technology, hence why I mentioned "premium,"

Minu, 27 Aug 2021Did I even support OLED phones in the first place? And did ... moreLol. Do you exactly know what you're writing here? It's seems you're writing something and thinking something.
I don't know what you wanted to say by me "having OLED phones in favourites and bashing OLED here". It's a simple point.
If I like a smartphone design, I add it to my favorites.
That's it. And I don't buy a phone solely for design. That's when I consider factors like future proofing which includes absence of OLED
I dunno what's making it so difficult for you to understand.

P.S: Having OLED is NOT a "premium feature". It's merely a screen technology. My 10T Pro's LCD is way better than many of the available OLEDs in that price range.

SShreyas, 26 Aug 2021I don't think anyone keep a phone in the list of favou... moreAlso I'd like to add something:
Bringing Lamborghinis to the conversation is a dumb thing to do. Since there are so many "competitors" with more specs, you bash the premium ones since they are expensive for what they are and promote the ones that are much cheaper or have more value for money. Or seems like you're bashing the sophisticated features of the premium ones when you actually like them. And did I even mean that you own all of your favorite devices in the first place?

Minu, 26 Aug 2021How dumb one can be for having a set of favorite phones tha... moreI don't think anyone keep a phone in the list of favourites AFTER looking at screen technology.
That is something which the person would consider while "buying" a phone. And unlike most thickheads, I don't believe in wasting money in a new phone every now and then.

So yeah, all the phones in my "favorites" are NOT owned by my in my entire life. I like them, so I like them. Just like I love Lamborghinis and have them as my desktop wallpaper BUT don't own them.

It's you who is dumb to think that any user is "having" a phone he liked on some tech website.

SShreyas, 05 Jul 2021That's much better than having watery red eyes anyway.How dumb one can be for having a set of favorite phones that use OLED instead of IPS while bashing OLEDs at the same time?

Does anybody know if new Honor Magic 3 series with SD 888 brings Leica optics ??

s4f786, 22 Jul 2021Not sure that they are, there's a difference in how an... moreIt's a very minimal difference. Google defines AMOLED as "a type of OLED diode that provides an increased refresh rate and has reduced power consumption".

OLED and AMOLED used to be different like 12 years ago, but modern-day OLED is pretty much the same thing as AMOLED. Both are used interchangeably today.

Yet, you gave absolutely no proof for this "fact". Do you really expect people to believe you just because you say it's a fact? In the same manner, I could claim that the earth is flat and then say it's not my job to make people believe that fact. Logical fallacy at its finest.

Wereweeb, 11 Jul 20211) Microwaving food doesn't increase it's carcino... moreAs I said, it's not my job to make people believe a "fact". Hence, I won't be doing it here as well.
And you're concerned more about battery? Then don't be. A $10 power bank will be enough to make it work, if you are reluctant for an official replacement.
I don't think even a LCD would be that cheap to replace, let alone OLED.
And yeah, I don't think it's a wise idea to keep investing in a depreciating asset like smartphone/tablet every now and then. Hence I still use OnePlus One as my primary device. So, definitely, I am talking about pre-2016 era.
Also, I have got its batter changed thrice. And I don't think it would have been working this great if it had an OLED panel.

Everybody has different expectations and uses. I just need a motor-free, OLED-free, well built phone which has support for Custom ROMs. That's it. I don't click photos and even if I do, I have a DSLR which no smartphone manufacturer can even dream of competing with

Not sure that they are, there's a difference in how an oled panel works vs an amoled panel

NeonHD, 12 Jul 2021Preach it dude. It's so hilarious that these few indiv... moreWhile OLED is not not as good as the AMOLED but for me ii is far better than IPS LCD screen