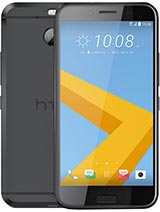 No longer down with , 19 Jun 2020Whatta low end piece of shit phone I've lost all confidence... moreYou people do realize this phones from 2015 right and we are now in 2021 !!! If you expectations are a New phone get a HTC u12 or something newer any seller that is still carrying this phone is selling it refurbished and theirs also buyer beware of knockoffs

Great budget phone works well, I see alot of knockoffs of HTC products made cheaply too fail if you buy new directly from HTC you get a way better experience!!! I've had multiply HTC phones over the years all have been great, this one however is a good budget solution phone that's a few years old now if your just getting into HTC I recommend these phones HTC U Ultra, HTC U11 life, HTC U11+12 or HTC U11 EYEs for their premium experience. As for this HTC 10 Evo it was medium end 2015 and now is considered a budget phone that performs decently

No longer down with , 19 Jun 2020Whatta low end piece of shit phone I've lost all confidence... moreYou are talking rubbish

Whatta low end piece of shit phone I've lost all confidence in HTC as a brand they use to make great phones but this one is just rubbish my battery is constantly over heating and lasts no more than an hour or two....

Htc Rock on , 21 Apr 2020I have been using this phone for over 4 years now, i actua... moreZero problems? yo, I still have this phone and got 99 problems but the headphones ain't one.

I have been using this phone for over 4 years now, i actually have zero problems with it except for one , the phone heat up so much in heavy usage and charging
I bought it for 700$ back in the day now it price is 150 $ worth and if you asked me if it worth it NO, because there is alot of better devices like xiaome gives you alot more than this device.

This phone has no update at all. Software issues since the first day. It can sense some softwares. overheating is a common occurrence. I can't recommend this phone.

Hi
I used HTC phones from years. My last was GENUINE! Htc 10 Evo. I had this phone almost 2 years. Works gr8 at all. So I bought second one from ebay. And is big problem, on the market is l00000000t of fake HTC phones. So second one I`ve had 3 months, and screen etc issues. Now U11 U12 its not for me anymore. Sorry HTC.

It was a mistake, screen blackout became permanent, no maintenance is available in our area or near it, after only one month of usage it belonged to the garbage :(

Anonymous, 05 May 2019Yup i recomend it outstansing phone i have ever use. Aweso... moreI absolutely DON'T recommend buying this phone. I've used this phone about a year now and i can tell you this : 1- terrible battery. I charge my phone 4 times a day. 2- performance is week AF SD810 is a dead processor like even the WhatsApp lags a lot. 3- no headphone jack but you can get with the phone amazing earbuds. 4- the camera is not that great. 1080p video recording more like 240p only 4k is slightly better but it takes a lot of storage. 5- Ofcourse i didn't get any updates what so ever so im still at 7.0. 6- 32/3 GB is no more enough in today's smartphones. overall i don't recommend this phone, go for these companies (Xiaomi, Samsung, Huawei).

Anonymous, 22 Nov 2018What exactly is the issue with this phone? Would you recomm... moreYup i recomend it outstansing phone i have ever use.
Awesome battery back up

HTC 10 Evo has a weird software glitch, aftdespite er a restart the screen remains off despite every indication it is on. This BS and no software updates makes this my single biggest regret in a phone purchase.

Thanks HTC for the awful experience i had with this phone.
It was repaired Twice till now, 1st Screen was replaced because of Blackout without a reason.
2nd Screen & Board replaced a few days ago.
Really i never had such headache even from Chinese phones.
DON'T BUY IT AT ALL!!!!

Anonymous, 22 Nov 2018What exactly is the issue with this phone? Would you recomm... moreNoooo!!!! No-one should, it's hot only 3g and battery died in 3 hours

adigunkilonso, 05 Feb 2019y'all who keep bad mouthing HTC product, keep it up. y'all ... moreThey really don't need a fan please be their air conditioning unit and come cool my 10 evo. Jm taking it back tomorrow, my fingers are hot

I had the HTC m7 when it came out in 2013. also had the m9 until some freak stole it Christmas Eve 2015
Both great phones loved them The audio on the m7 was amazing, loud crisp, and honestly better than the m9 I thought, and definitely better than the galaxy s7 I had for over a year. When I have the cash I think I will buy the newer htc u13. So far htc hones have been amazing in my opinion. I ordered the HTC 10 evo from fingerhut and expect it tomorrow. Cheers God bless