The last time HTC teased a smartphone unveiling event, we assumed it would be for the much-rumored A9 (codenamed Aero), which is supposed to be the ailing Taiwanese manufacturer's next high-end offering. Instead, the 'big' reveal yesterday was the decidedly mid-range Desire 728. And so the A9 still isn't official.

That could all change on September 29, however. HTC has started sending press invites for an event on that day, which will happen in its native Taiwan. 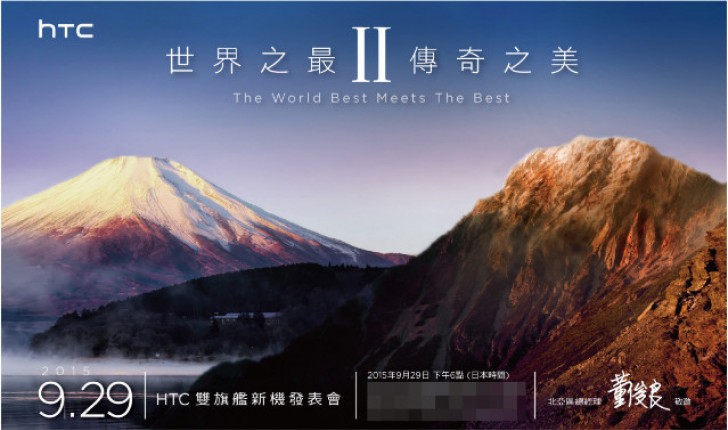 The invite mentions something along the lines of "dual flagships", which means we may in fact see not one, but two smartphones getting unveiled on that occasion.

Taiwanese media speculation has it that the Butterfly 3 will certainly make its debut, and it might be joined by the ever-elusive A9. That's not a given, though, as we may also see an M9+ with an enhanced camera. This is an intriguing prospect since absolutely nothing about such a device has been leaked so far. It's now rumored to get optical image stabilization and faster focusing.

As for the Butterfly 3, it's expected to hit stores in Taiwan sometime in October for around TWD 20,900 ($637 or €570 at the current exchange rates). This price would be in line with that of its predecessor, the Butterfly 2. The Butterfly 3 should make its way to Japan too.

story after story after story of promises of goodies.....what is true? As an ex-hostage and a mediator and psychotherapist based in Bakersfield, California, I am more than a bit angered with cell phone companies making promises and then not being ac...

The phone is already out in Japan.