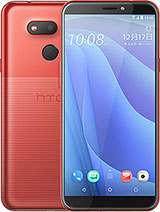 Anonymous, 07 Mar 2019No thanks with MediaCrap...... Better having Snapdragon tha... moreWhy releasing kernel sources is so important when you will still upgrade to a better device in the future? I'm sure that's what Mediatek is allowing. And is not just up to the chipset manufacturer but also the device manufacturer to release sources as well. I have Samsung phone with a Mediatek chipset and it does still get security updates. And it was also schedule to get the Android 10 update by mid this year.

Adul Al Salami Kebab, 28 Feb 2019Well 28nm + octa-core is gonna drain that little battery fa... moreMore cores actually equal better battery life, batteries have improved significantly in the recent years, the Lenovo P2 has 8 cores and has one of the longest lasting phones. Also 28nm chips don't mean that much. My Moto E2 gets 10 hours SOT, so do many newer phones with 14 or 7nm.

Anonymous, 07 Mar 2019No thanks with MediaCrap...... Better having Snapdragon tha... moreRather Mediatek than recharging the device 4-6 times a day...

thought HTC could improve on this handset, this is not enough though..... outscore processors consume more power.......downgrade its processor.

It's sad seeing the state of HTC (particularly their mobile division) these days :(

Well 28nm + octa-core is gonna drain that little battery fast, why did they not grab a MTK Helio P22 or MTK Helio A22? Both would be better for the battery! D:

Anonymous, 24 Jan 2019HTC phones are undoubtedly brilliant, but they are not givi... moreYou barely can fool people with this type of marketing. This device has outdated 2 years ago. It's built on same platform as 2,5-year old Redmi 3s 32, but cost more than that museum exhibit.

Company's January revenue has hit another historical bottom - just under $33 mln. And tha's revenue, not income.

Nokia phones/HMD Global has only put out one ‘high-end’ phone, the Nokia 8, and none offering the kind of performance the true flagships on the market can boast.

Rather than headline-grabbing flagship features, Nokia’s success is the result of fusing a well-known brand with good build quality and decent specs in key components like the battery and camera..

And that’s where HTC’s strength can still lie. It’s hard to say how strong that heritage is now, given that half of the HTC's smartphone staff have moved to Google, but if enough remains of the engineering team and facilities, there’s still a chance that we’ll continue to see HTC phones on shelves in years to come.

Seems like a decent entry-level smartphone, HTC actually created a decent phone in the cheaper end of the market. Price needs to be less than £140 if HTC really want it to sell.

Palm phone is better than this!

Atleast processor could be at midrange like snapdragon 600 series with bigger battery, so atleast some people consider it. But with this specs it would be a worst design and worst battery phone ever from HTC

Lol. Why do y'all care so much? "Bring back the old HTC" and stuff.
Just how movies have filler, the same is this phone.
This is just a low end phone meant only to raise a bit of budget for the upcoming flagship.

Also, it looks quite cute with that weird quirky design, tbh.

This company is so desperate and getting crazy now, lets see whats going on.
two different part of the body, did HTC learn from Google? by the way Google's design is already horrible, and HTC can top that, that is amazing