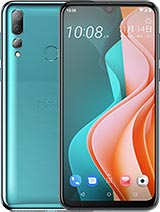 HTC am really desapointed on you people, I always use you people to brag that the best phone in market is HTC but were are you now

whats wrong with u htc

Need advice, Which HTC Desire 19s or HTC U11 Eyes is better performance? Thank you

Anonymous, 07 Feb 2020Wow, what a useless phone.it isn't that great becuase i tried to download an app and failed

Shaiban, 06 Jan 2020HTC don't sent OTC updates anymore. They onlycsend updates ... moreAgree, but HTC doesn't even change some basic useless functions, for example, when the phone opens the camera screen, it will automatically adjust to the brightest.

Wow, what a useless phone.

sanshiro, 21 Jan 2020They even stopped producing mid-range phones. They stopped... moreexactly, I can't find any new HTC in the UAE :(

They even stopped producing mid-range phones.
They stopped completely actually. No Phone whatsoever

Orbiter, 29 Dec 2019It's actually a very good phone, I think a lot of people ar... moreHTC is all about quality.

It's actually a very good phone, I think a lot of people are jumping on the bandwagon now and are just saying HTC is rubbish for the sake of it, this performs very well and takes nice pics battery life is fantastic.

Fadli, 20 Nov 2019This phone is not DESIRABLE. What do you expect, HTC? Even ... moreI was samsung user, dont look at spec, but brand quality.

Eduardo1990, 17 Dec 2019HTC once again shot their self in the leg Mediatek P22 and ... moreBigger screen, will decrease our battery faster, think about that!