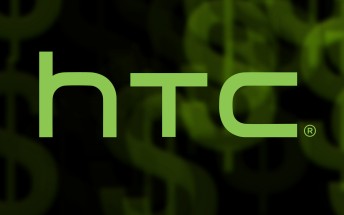 The total sales since the beginning of 2017 come in at NT$52.44 billion, 18.2% lower than the January-October period in 2016. HTC expects numbers to rise in the following months with upcoming holidays after the HTC U11+ and the HTC U11 Life go on sale.

HTC to launch dual-cam phones in 2018

HTC enters the bezel-less race with the U11+

HTC U11 Life announced in two versions: Android One and Sense

Please give example. You stop first, don't buy smartphone with glass dan please also stop telling people what to do with their own money

Nobody said that a single manufacturer is the solution. But the fact is that the current market is not different from a monopoly. All phone manufacturers produce the same phones, just under a different brand name. It's like cartelling. The vast major...

No wonder, why? I purchased a htc mid ranger back in 2013 at 18k INR. It never received a update. I sold it in early 2016 at 2k. bad experience. battery and calling issues. Never htc again.