HTC U11 getting new update in US

HTC has started pushing out a new update to the U11 units in the United States. Arriving as software version 2.42.617.1 and weighing in at around 737MB, the update brings along Android security patch for the month of December. 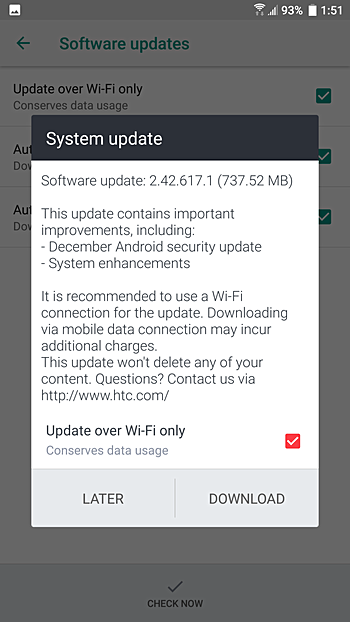 In addition to the security patch, the change-log reveals some system enhancements are also there. This is the first update the handset has received after it got Oreo, something which started happening late November in the US.

Thanks for tip, Joey Pinili!!!

HTC U11 units in US to get Oreo update starting today

HTC U11+ may get new Red color option

Mid-range version of HTC U11+ coming in January, U12 later on

Same thing here too. I could go a couple days without having to charge my phone. Last night, my phone went from 50% batter to 100% dead in my pocket.....in the 20 minutes it takes me to get home from work. I noticed my AVS anti-virus was using 50%...

It has KILLED my battery longevity too

@djohnston , same here . Dont know what is happening . My battery draining too fast after this update ...