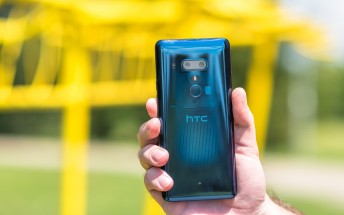 HTC U12+ users from Hong Kong reported that the Taiwanese company has started seeding an OTA update that applies yet another fix for the pressure-sensitive buttons and also enhances system overall system performance and battery life. 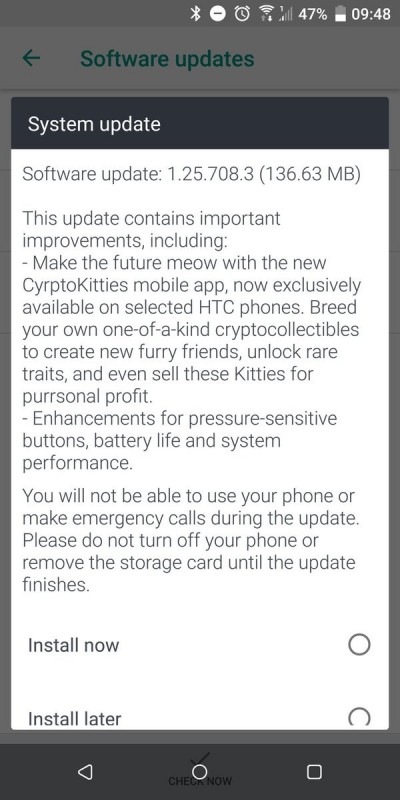 But that's not all - the changelog reads that the the so-called CryptoKitties mobile app has been pushed to a select number of HTC devices exclusively.

The app is based on the blockchain technology and lets you breed unique kittens and trade with other users for your "purrsonal" profit. This is part of HTC's implementation of blockchain technologies that the company detailed last month. Perhaps, HTC devices will get more blockhcain-based apps in the near future but due to the partnership with the CryptoKitties makers, this is the first app to hit the company's smartphones.

HTC confirms Android 9.0 Pie update for 4 of its phones

I've always had HTC and battery has always been fantastic....and i'm a heavy use of my phone How's the performance of the HTC u12?

@gsmarena, i think that u12+ must be reviewed again, after these two major udates. The device is at all excellent, except from these buttons. HTC would have avoided bad press if the u12+ was launched with these two aupdates