HTC U11 review: Squeeze U

Though is wasn't the first to pioneer it, the HTC One M7 was among the first modern smartphones to feature front-facing stereo speakers and the company does not intend to get rid of the feature from its flagships anytime soon. 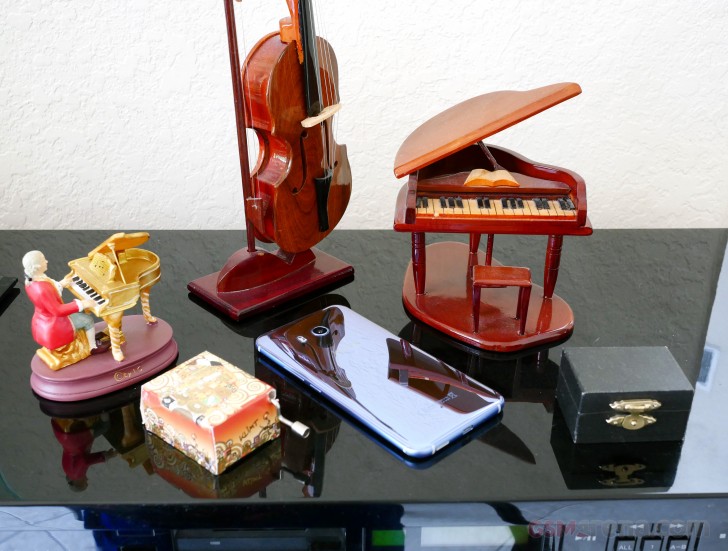 The HTC 10 sought out to reduce the size of the body by integrating Boom Sound into a different setup than literal front-facing speakers. The redesign came at the expense of loudness, which the HTC 10 isn't. Although, depth and dynamic range of sound did improve.

HTC has spent a lot of its time and effort into perfecting the best Boom Sound speaker setup in the U11 and it shows. They are louder and richer-sounding than those on the HTC 10. And when it comes to notifications and ringtones, some can come off as piercingly loud.

There are two listening modes, both of which you can toggle between while playing music or watching a video, right from the notifications shade. This notification only appears while sound is playing from the phone.

Music mode is optimized for reaching all the highs, mids, and bass notes in the cleanest way possible. Theater mode is a more immersive experience while watching videos, as the speakers are set to project toward the front of the phone.

HTC first introduced its USonic headphones on the HTC Bolt, which was coincidentally the first HTC device without a headphone jack. With the U11, HTC is debuting a new feature to its USonic earbuds: active noise cancellation. The included earbuds can actively cancel background noise thanks to all the processing of extraneous noise taking place on the phone rather than in the earbuds.

In addition to ANC, the USonic earbuds can be tailored to any person wearing them. Sonar sensors in the earbuds detect the echo in your ear canals and create an optimal profile.

The calibration process involves a short static noise emitted through the earbuds. The whole process takes about 5 seconds from tapping "Start Scanning Now".

The sound quality coming from these earbuds are light-years ahead of the "AKG" earbuds that Samsung bundled with its Galaxy S8. In fact, HTC demoed USonic to us by comparing the sound output from the bundled AKG earbuds hooked up to an S8.

It's very difficult to put perceived sound into words, but if we had to describe it: HTC's USonic earbuds are like if music was deconstructed and reconstructed to where you can hear all the instruments. It's truly something you need to hear for yourself.

HTC should set up demo booths around shopping malls showing off both Boom Sound and USonic. We feel these are one of the better selling points of the phone.

The HTC U11 did splendidly in the first part of our audio test. When hooked to an active external amplifier it delivered very loud and perfectly accurate output.

When headphones come into play the volume remains nicely high and the only reading to take a hit is stereo crosstalk. It's a moderate amount of damage there while all the other aspects of the performance remaining excellent. It's a great showing overall.

I have a HTC U11 for 3 yrs but put it down last year cause I upgraded to the U12+ and now my U12+ gotten stolen and my u11 not booting up, I'm getting the blinking light and I try every method to get it turn on back, so my question is if I re...

I brought this phone 2yrs back Within a month it fell down while charging due to its slippery smooth back and front glass cracked. Couldnt fix it. But other wise very smooth running and no battery complain .now since month I have trouble with...