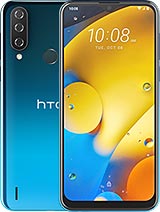 Don't know what to happened to htc releasing useless phone and bad internals and micro usb in 2020ðŸ˜‚. Hope they come backðŸ˜ðŸ˜

Don't get it. The CPU is utter trash and I can confirm the support and updates will be 0. You can find other phones with much better CPUs like Motorola One Macro with Helio P70.

The current HTC is not the same with the one few years ago. The "real" one is now creating Google Pixel. Current HTC main field is VR technology. Their current phone division, however, is just some leftover of what Google had previously deemed unworthy of taking over. So it's only natural that the overall quality is rather sub-par.

'Great' comeback HTC. Using a 3 year old processor and micro usb. 2 GB of RAM is just not enough. One of my friends has a tablet with 2 GB of RAM but she can't run multiple apps at the same time without her tablet getting really slow (okay depends on what apps though). Phone is the same story I think. 3 GB is enough for budget devices

I think this is a good idea for HTC - to go for budget phones with good features. This is supposed to have a solid processor - and a strong battery. Will be a good option for consumers vying for a reasonably priced device.

This phone has a great processor and the 4000 mAh battery life is pretty long-lasting. A good smartphone to purchase over all

HTC has made drastic changes in the company structure over the past 3 years. Immediately after R&D engineers switched to Google, it was transferred to 1.1 billion USD with over 1000 patents. On the other hand, after Ms. Cher Wang, who did not perform very well, the CEO was entrusted to the French Yves Maitre. They stated that HTC's undisputed successful efforts on VR will continue, as well as the developments on the 5G side and the new momentum, the company will continue to improve itself. A phone like the U13, which has not been released yet but has been patented, and beyond it can dominate the market, making us wait for production in April when it comes to all or nothing.

Htc turns down! Htc wildfire x was great entry,this phone has a big question mark about RAM! Just 2g for android 9 in 2020????!!!!!!
Also this phone has great camera for entry level,it was better that htc made this phone with better soc(ex 12nm or 10nm tech) and 3g of ram,all other specs are suitable for entrylevel.
hTC , Please back to phone market strongly(with 6-7 suitable phones) or ignore phones and continue your great job in VR realm.
Sign:an old htc user.

Didn't Google ALREADY ENFORCED that every NEW android phone CERTIFIED & LAUNCHED with the latest Android OS, which is currently Android 10 after end of January 2020 deadline?? Why does HTC STILL LOAD Android 9.0 PIE on Wildfire R70 after THAT deadline??

RuffenTuff, 28 Feb 2020They can't even produce a competitive midrange, how much mo... moreThis phone was probably outscored to other company. I am sure it was not made by HTC. The last HTC flagship was not that bad, but the pricing was not OK you know. In a few months we will know the truth.

Where did the go with 2 GB ram , I think they were asleep forgetting the year 20 20 plus with Koronavirus: D

Mobilemaster, 27 Feb 2020Good question, but their flagship is coming! Now lets hope ... moreThey can't even produce a competitive midrange, how much more if they release a high end phone imho.