It was always expected, but now we have an official confirmation - the Huawei Mate 10 that is bound to arrive on October 16 will run Android 8.0 Oreo out of the box. This was confirmed by the company on its official Weibo account today. 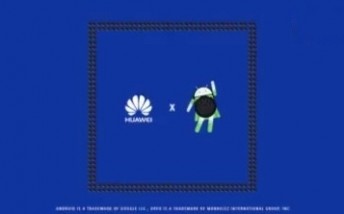 A short two-second video shows the outline of the new AI-focused chipset that Huawei is promoting for some time. On the inside of the square, the symbol of the company and the logo of the OS are next to each other.

This would’ve been vague, but the video is accompanied by the text: “Equipped with Android 8.0 to give you a better Android experience. With the powerful combination on October 16 #HuaweiMate10 #Munich.”

The Huawei Mate 10 family is expected to follow the trend of 18:9 screens. Leaked renders already most likely confirmed the design of the front and back of the Mate 10 Pro, while the regular Mate 10 could be almost the same, but with a home button/fingerprint scanner on the front, as images suggested.

Huawei Mate 10 poses for a photo

Last year the mate9 runs android 7.0 before the others and so does mate10 this year.

https://www.anandtech.com/show/11088/hisilicon-kirin-960-performance-and-power/5 I pasted the link above for others to go thru if u r interested, gpu optimisation on kirin 960 is quite bad (huge power consumption compare to exynos/snapnagon) Hop...